Organizers vow to make Gasparilla 2022 bigger than ever

TAMPA, Fla. - There will be no pirate invasion of Tampa this year. The annual Gasparilla parade, already postponed because of the COVID-19 pandemic, is now officially canceled for 2021.

Parade organizers EventFest and Ye Mystic Krewe of Gasparilla announced their decision this morning, citing "an abundance of caution" based on conversations with other event organizers, city leaders, and healthcare experts.

"We can't have a parade that big, with that many people, no gates, no controls at all and guarantee any kind of safety," said Peter Lackman, Ye Mystic Krewe's captain. "When we look at what can do in a parade that has hundreds of thousands of people at it, there's no way we can guarantee safety on those floats."

Gasparilla was one of the last major celebrations held in the Bay Area last year before the coronavirus pandemic began forcing public officials to cancel events involving large gatherings.

In recent weeks, the number of daily new cases of COVID-19 has been trending down in Florida and nationwide, but experts say testing has also declined. Florida, meanwhile, leads the nation with 379 COVID-19 cases linked to the UK variant and officials are waiting to see what, if any, effect the Super Bowl celebrations have on the spread of the virus.

The Jose Gasparilla II through the years

Docked in downtown Tampa, the Jose Gasparilla II is one of the most iconic parts of Gasparilla and a year-round reminder of Tampa’s biggest party and quirkiest tradition.

"We have worked with Ye Mystic Krewe of Gasparilla, EventFest and other community stakeholders to try and determine a safe way to host up to a half of a million scallywags along the Gasparilla invasion and parade routes," Mayor Jane Castor said in a statement. "Alas, there was no secret treasure map containing the golden solution, so the Krewe made the decision, in the best interest of our community, to cancel this year’s festivities.

The parade, normally in late January, had initially been rescheduled for April 17, with the kids’ parade the week before.

EventFest says ticket holders can request a refund or opt to roll over a credit on their account for 2022 festivities, along with a 15% bonus. 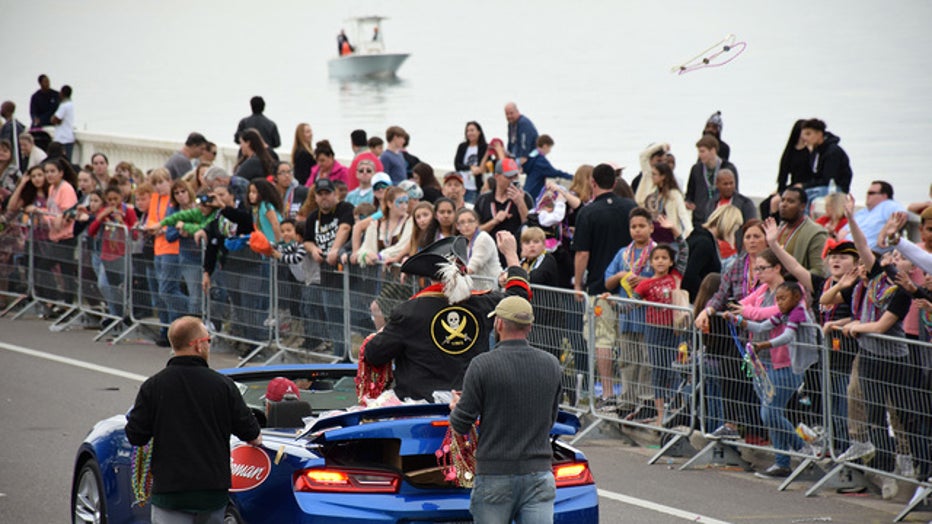 "Now we have more time here at the city of Tampa to batten down the hatches and roll out the cannons, as there is little doubt those ne’er do well pirates will be after more than the key to the city next year," the mayor playfully added. "We will never surrender Lord Stanley or Sir Lombardi!"

This year's cancellation of Gasparilla festivities is not the first in event history, EventFest noted. Since the first Gasparilla in 1904, parades were not held for several reasons, including the Super Bowl year of 1991, when krewe organizers pulled out of the event rather than give in to the NFL's demand that they allow Black members.

Rewatch our entire broadcast of the Gasparilla Kids Parade, as it aired on FOX 13.