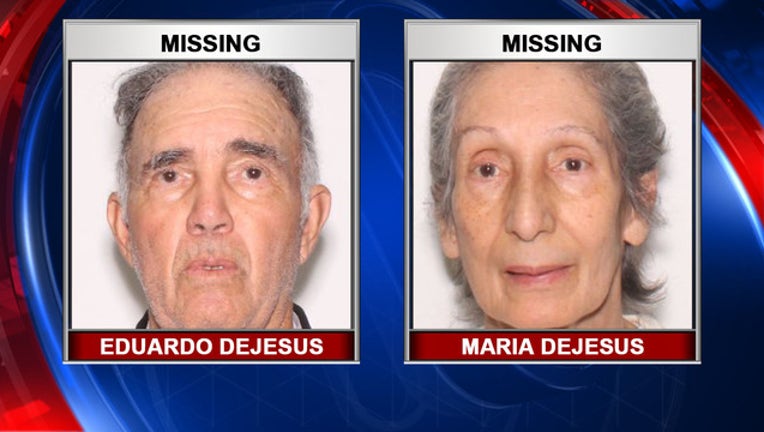 CLEARWATER (FOX 13) - UPDATE: Clearwater police say Eduardo and Maria DeJesus were located by the Collier County Sheriff's Office at a Walmart parking lot in Naples. They were located after following recent credit card transactions in the area.

Officers with the Clearwater Police Department say they need the public’s help in finding the married couple, Eduardo and Maria DeJesus. Both are missing from Brookdale Beckett Lake’s senior living facility, located at 2155 Montclair Road. Police say they signed out at 8 p.m. Wednesday and said they will return in an hour, but they haven’t.

They could be traveling in a white Nissan Sentra. Initially, officers believed they could be heading to Weeki Wachee area, but by Saturday afternoon they said they may be in Naples, Florida, based on recent credit card transactions.

A Silver Alert has been issued. Anyone with information is asked to contact the Clearwater Police Department at 727-562-4242 or dial 911.