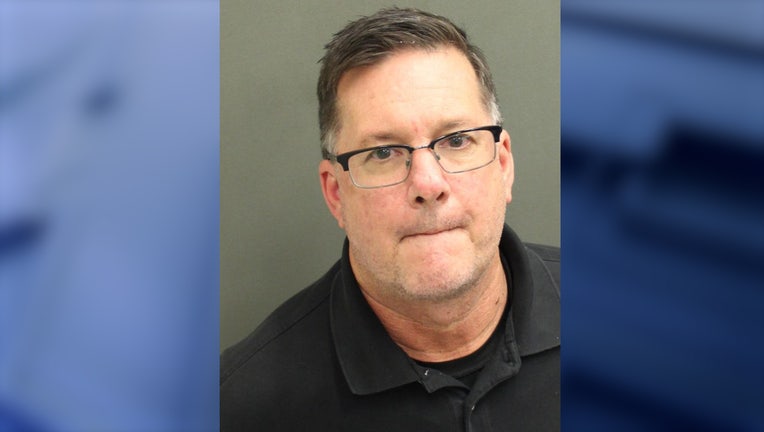 WINTER SPRINGS, Fla. - A former Florida high school teacher and employee at Universal Orlando Resort has been convicted of attempting to meet a teenage girl for sex in February, the Department of Justice said.

Dennis Lee Line, 51, of Winter Springs, Florida, was convicted by a federal jury and faces a minimum mandatory sentence of 10 years in federal prison, and up to life, according to an Aug. 11 news release by the DOJ.

In the messages, Line discussed meeting up with the girl that night after his shift at Universal, reportedly writing: "15??? That's pretty young," "I can teach you stuff," and "let's definitely meet tonight."

He was arrested by deputies as soon as he arrived at the meeting spot, the DOJ said in its release.

Line was arrested in February, indicted in April, and convicted in August, according to the DOJ. He is scheduled to be sentenced on Nov. 2, 2022, and faces a minimum sentence of a decade in prison.

He reportedly worked at Oviedo High School for 18 years, until 2019, according to the DOJ.