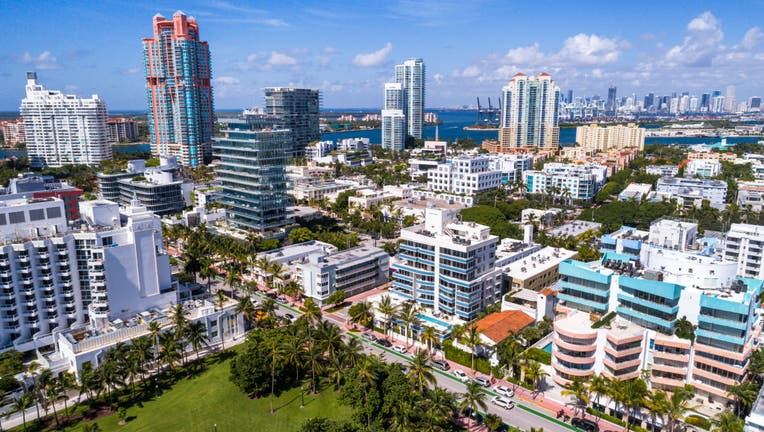 MIAMI - Florida’s two largest and hardest-hit counties appeared to be headed Tuesday toward the partial reopening of their economies next week from the coronavirus shutdown, finalizing plans that would impose severe restrictions mirroring the rest of the state.

Miami-Dade and Broward counties are finishing preparations that would allow retailers, restaurants and personal care businesses such as barber shops and salons to reopen on Monday, about two months after they closed, Broward County Administrator Bertha Henry told her county commission on Tuesday. The counties account for almost half of the state’s confirmed virus cases.

While details aren’t complete, Henry said Miami-Dade and Broward’s current plans call for restaurants and retail stores reopening under the state’s rules that limit them to to 25% capacity indoors. Restaurants with outdoor seating would have to keep tables six feet (1.8 meters) apart. The rest of the state began reopening last week. Cities could enact tighter restrictions.

The plan also calls for Broward and Miami-Dade beaches to remain closed, but several Broward commissioners told Henry they would like them to also reopen Monday but only if Miami-Dade agrees. They said they want to avoid overcrowding caused by Miami-Dade residents flocking to Broward beaches.

Others said they would prefer the beaches remain closed for now, citing problems around Florida where visitors to reopened beaches have ignored social distancing restrictions. Naples, for example, reclosed its beaches Sunday because family groups were sitting too close together.

Broward commissioners urged caution about the reopening plan but generally agreed that the county’s economy needs to begin the process.

“One of our responsibilities as leaders is not to lead people to their deaths,” County Mayor Dale Holness said. No vote was taken on the plan.

Patricia Abril, spokeswoman for Miami-Dade Mayor Carlos Gimenez, said the mayor wants the county to reopen Monday. Any plan would need approval from Gov. Ron DeSantis, but Henry said she has spoken with him and she doesn’t think that would be an issue.

Florida has had nearly 42,000 confirmed cases of COVID-19 and 1,779 confirmed deaths from the disease since the first cases were reported in early March. Miami-Dade and Broward combined represent about 20% of the state’s population, but account for 48% of the cases and 40% of the deaths.

Both were at peak tourist season when the virus’s known U.S. spread began in January, including hosting the Super Bowl in early February. The game alone brought tens of thousands of tourists to the region from around the world. The region is also a major cruise ship hub and a mecca for college students on spring break who packed the area’s beaches and clubs. All helped spread the virus, officials have said.

Broward Commissioner Mark Bogen said Monday’s planned reopening needs to be accompanied by a massive county outreach campaign to remind residents that the coronavirus is still spreading and they need to wear masks and practice social distancing.

Commissioner Nan Rich worried that the county is reopening too soon, saying not enough testing is being done and she fears many people won’t follow the mask and social distancing mandates.

“Reopening too early risks needless suffering and death,” she said.

For most people, the coronavirus causes mild or moderate symptoms, such as fever and cough that clear up in two to three weeks. For some, especially older adults and people with existing health problems, it can cause more severe illness including pneumonia, and death.