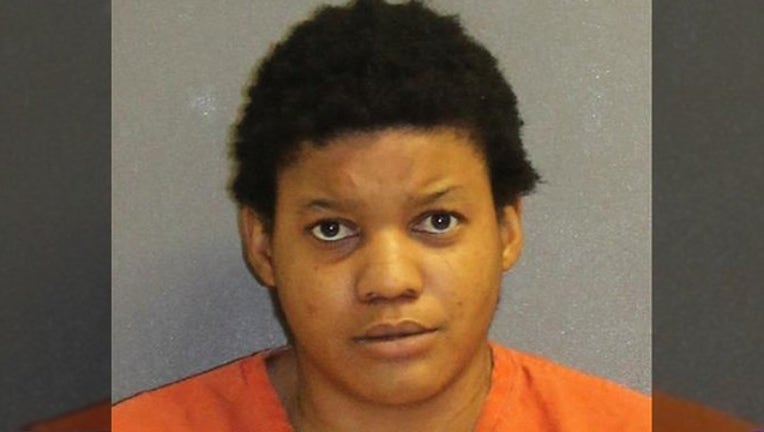 DAYTONA BEACH, Fla. (FOX 35 WOFL) - A woman was arrested on Monday after she attempted to stab a police officer with the pens he keeps in his pocket, reports the Daytona Beach Police Department.

They went on to say that the 25-year-old suspect, Valencia Leno, tried to strangle her live-in girlfriend. The victim's 9-year-old daughter was also in the residence when that occurred.

Upon arrival, officers say that Leno was bolting from the apartment. An officer ran after the suspect, grabbing her by the arm. At that point, Leno reportedly whirled around and tried to grab the officer's gun. When taken to the ground, Leno then tried to snatch the officer's gun from his holster. She also tried to grab his taser.

Leno eventually managed to snatch two pens from the officer's pocket and began stabbing him with the pens. But according to police, he was not injured because of his bullet-proof vest.

Leno also reportedly told the officer that she wanted him to kill her.

Leno was charged with felony battery, resisting a LEO with violence, and depriving an officer of means of protection/communication.