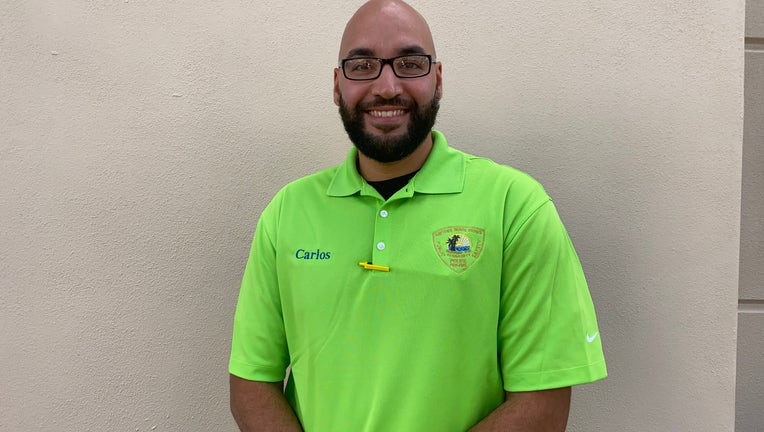 DAYTONA BEACH SHORES, Fla. - The City of Daytona Beach Shores said that one of their technicians has been helping those devastated by the earthquakes in Puerto Rico.

They told FOX 35 News that Evidence Technician Carlos Rodriguez has family and friends in Puerto Rico who have been affected greatly by the earthquakes.

"Most of my family and friends are sleeping outside their homes in their cars or on mattresses they have brought outside. They are scared of the house falling on them," Carlos said in a message passed along by Daytona Beach Shores officials.  "As you know Puerto Rico hasn't been the same since the hurricanes. The economy and infrastructure has taken a huge hit. Thousands of buildings, houses and even schools have been damaged by the earthquakes."

To help out, Carlos has reportedly organized a supply drive to benefit those in Puerto Rico who have been displaced or forced to live outside because of the earthquakes. With the help of La Terraza restaurant, Jorge Martinez of Jeep 365, and Robert Rosado of Los del Chinchorreo 24/7, donations will be transported and delivered to Puerto Rico.

The drive is collecting the following items:

Donations can be dropped off at the Daytona Beach Shores Public Safety building 24 hours of the day. However, if you are dropping off items after normal business hours, please use the phone in the lobby to ask for assistance.

Daytona Beach Shores officials ask that you do not drop off clothing, food, or any other items not on the list.