Puerto Rico is still recovering from devastating earthquakes. Animal victims from those quakes are now in Central Florida and the shelter housing them are looking for owners or foster homes.

ORLANDO, Fla. - Nearly 30 dogs forced from Puerto Rico after recent earthquakes are in Central Florida and looking for forever homes.

Pet Alliance of Greater Orlando took in 28 dogs over the weekend and are currently treating and caring for them while they wait to be adopted.

“They’re all small to medium-sized dogs. Brown, white; we got some cute black and white puppies that are just adorable,” said Steve Bardy, the executive director of Pet Alliance of Greater Orlando. 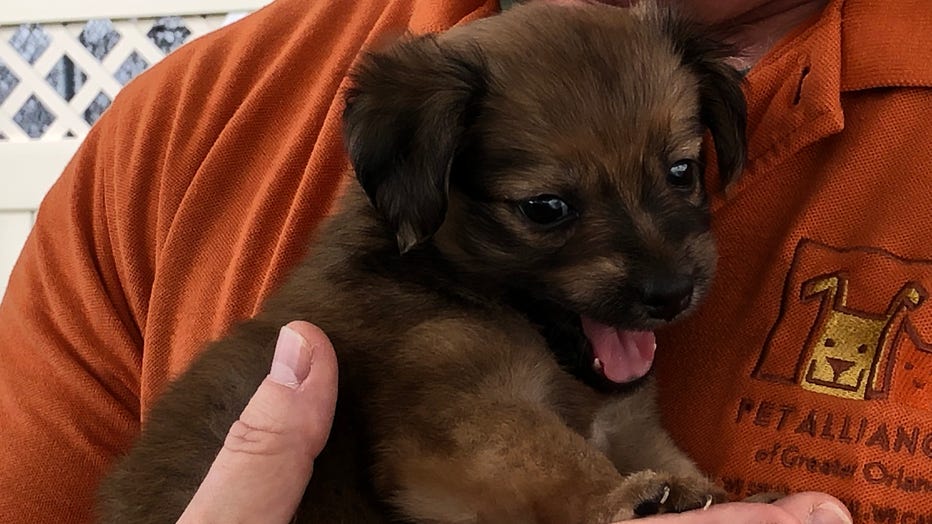 Bardy said some dogs were forced from the island after their foster homes were damaged during the earthquakes. Others had to leave in order to make room for more dogs that will eventually need help in Puerto Rico.

Bardy said, “The Island has suffered just extreme devastation and so this has been our way of helping them out.”

The shelter said several of the dogs have already been adopted but several more are still looking for homes.

Bardy said the shelter is also asking for donations in the meantime for anyone who wants to help care for the dogs and others like them.

“[We can] always can use paper towels, wet dog food. Cash donations are great that allows us to buy medications and vaccines for the puppies.”

The Pet Alliance of Greater Orlando has been helping Puerto Rico since Hurricane Maria hit the island two years ago. They’ve brought in more than 1,000 dogs and helped them find forever homes. Bardy said they will continue to help as the need continues to grow.

“We are going to go back in three weeks [to] get an additional group of dogs. I think it’s about 30.”

People interested in adopting one of the dogs can reach out to the Pet Alliance of Greater Orlando.