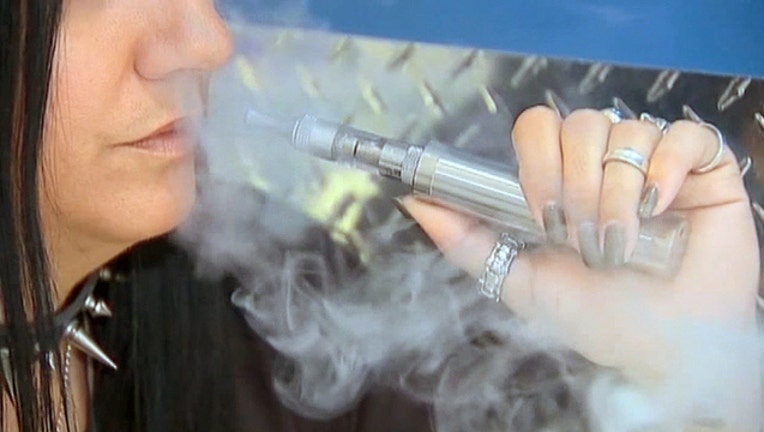 TALLAHASSEE, Fla. (NSF) - A voter-approved ban on electronic smoking devices in workplaces is moving forward in the Senate without a proposal by anti-smoking advocates to redefine vaping devices as tobacco products.

The Senate Innovation, Industry and Technology Committee on Tuesday backed a proposed bill (SPB 7012) that would carry out part of Amendment 9, a ballot measure that passed in November and includes a ban on vaping in indoor workplaces.

Committee Chairman Wilton Simpson, R-Trilby, said his intention is to keep a “clean” bill as it advances through the Senate and called the argument to add the tobacco definition to vaping “as a little bit of an overreach.”

“The vast majority see the health benefits of stopping smoking, and I think vaping has clearly been a part of that effort,” Simpson said.

The measure mirrors a longstanding ban on smoking tobacco in indoor workplaces and would add vaping to a state law that bars people under age 18 from smoking tobacco within 1,000 feet of schools.

The proposal, which is filed for the legislative session that starts March 5, would allow people to use e-cigarettes and other devices in “vapor-generating electronic device” retailers and “retail vape shops.”

As with the tobacco law, e-cigarette use wouldn’t be restricted in private residences, stand-alone bars, designated hotel rooms, retail tobacco shops, facilities run by membership associations, facilities where medical and scientific research is conducted and designated smoking rooms at airports.

However, the measure would give local governments the ability to impose more-restrictive regulations on vaping. Under Florida law, only the state can regulate smoking tobacco.

Anti-smoking advocates argued that vaping materials are already regulated the same as tobacco by the U.S. Food and Drug Administration, and defining vaping devices as tobacco products by the state would help Tobacco Free Florida’s educational efforts.

“They are currently unable to use the resources to prevent youth from smoking and to educate youth on e-cigarettes because they are not tobacco products,” said Matt Jordan, government relations director for the American Cancer Society’s Cancer Action Network. “They are only allowed to formally address and prevent tobacco use.”

Mark Landreth, representing the American Heart Association, warned that separating smoking and vaping masks the potential exposure to second-hand smoke and will lead to “confusion, probably more lawsuits” over what is and isn’t smoking and vaping.

“We really shouldn’t be using the word vaping because that is a tobacco industry term,” Landreth added. “It’s the act of smoking an e-cigarette and it falsely describes what is emitted from these devices.”

Meanwhile, Joshua Unger, owner of Von Vape in Sarasota, countered that about 30 percent of his business is free of nicotine or other tobacco products.

“Our business is helping people quit smoking, or helping people get off cigarettes,” Unger said. “I personally have witnessed hundreds of people, in hundreds of stores in the state, transition from smoking to vaping and then to not vaping.”

With about 7.8 million votes cast, Amendment 9 passed in November by a margin of 68.9 percent to 31.1 percent. The proposal was bundled by the state Constitution Revision Commission with a prohibition on drilling for gas and oil in state coastal waters.

Constitutional amendments frequently need what is known as “implementing” legislation, which details how the amendments will be carried out.

Once the vaping ban is enacted by the Legislature, violators would face a civil infraction that carries a $25 fine or 50 hours of community service. A violator could also take a school-approved anti-tobacco “alternative to suspension” program.