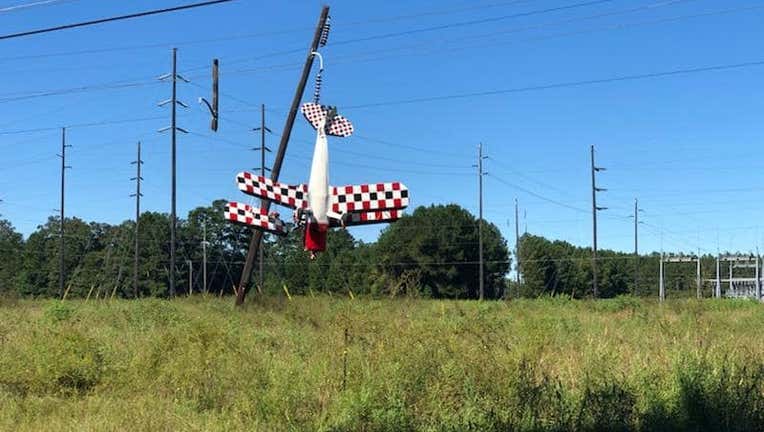 WARE COUNTY, Ga. - Emergency responders rescued the Florida pilot of a small plane left dangling above the ground Thursday after it crashed into power lines in south Georgia.

It took at least an hour to extricate the pilot as the single-engine biplane hung with its nose pointed straight down in Waycross near the Georgia-Florida line, news outlets reported.

The Ware County Sheriff’s Office said in a Facebook post that the plane struck the power lines and became tangled at about 10:15 a.m. It said the crash happened about a mile from the county’s small airport.

According to News4Jax, the pilot's flight path showed he was flying from Ormond Beach headed for the Waycross Airport.

Emergency responders rescued the pilot, but had to wait until they could be sure that power had been shut off to the lines.

"The pilot is responsive," the sheriff’s office’s statement said.

The website poweroutage.us says only a few dozen Ware County homes and businesses were without electricity Thursday afternoon.