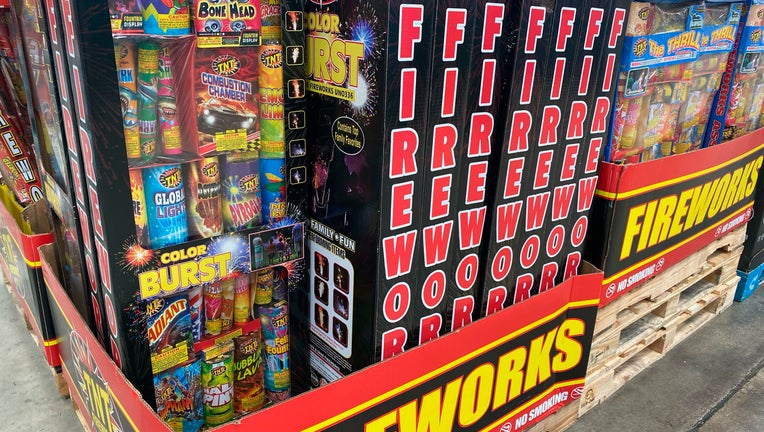 Fireworks retail display, Costco, in Florida where it is legal to sell them direct to consumers. (Photo by: Lindsey Nicholson/UCG/Universal Images Group via Getty Images)

BROWARD COUNTY, Fla. - A man in South Florida had his hand blown off by fireworks on Saturday, according to the Broward Sheriff's Office.

Deputies said they were notified shortly after 1 a.m. when they received a medical call regarding an incident involving fireworks on North State Road 7 in Lauderdale Lakes.

Broward Sheriff Fire Rescue responded to the area and took the man and his hand to Broward Health Medical Center for medical treatment, BSO said in a news release.

It's not uncommon for people to injure themselves during 4th of July celebrations. According to the Consumer Product Safety Commission, "The nation saw a large increase in people being hurt and killed by fireworks last year." There was a 50% increase in deaths and injuries as well as 15,600 people went to the emergency room for firework-related injuries, according to the CPSC. Most injuries were reportedly to the hands and fingers, followed by the head, face, ears, and eyes.

CPSC officials shared the following tips on how to celebrate the holiday safely: