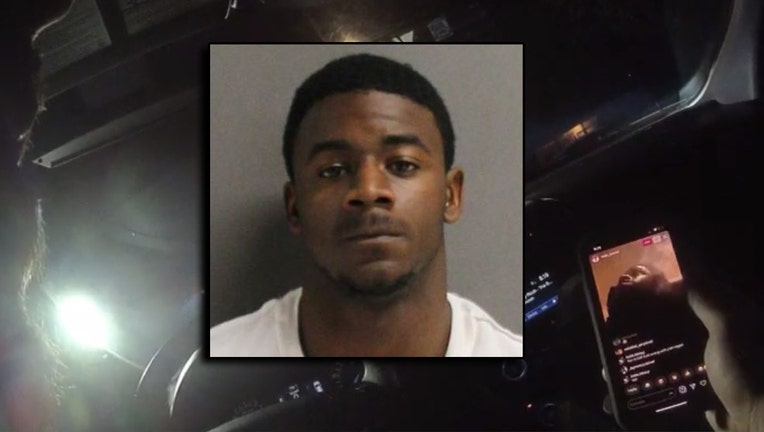 VOLUSIA COUNTY, Fla. - A DeLand man is behind bars after being wanted by authorities since November.

Kevin Gaines Jr., 20, was located and arrested Thursday by members of the Volusia County Sheriff’s Office. A deputy reportedly spotted the vehicle Gaines was believed to be driving at 409 W. Beresford Ave.

A DeLand man is behind bars after being wanted by authorities since November.

As deputies surrounded the house, Gaines was live on Instagram at the time.

"In watching the video, Deputy Billy Leven could tell Gaines was inside the house. When he pointed his spotlight into the window, Deputy Leven could see the light show up in the live Instagram video shortly before it abruptly ended," the sheriff's office said.

Gaines surrendered and was taken into custody without incident.

Gaines has been wanted by authorities since November. They say he is known to carry firearms and is considered 'armed and dangerous.' In 2018, deputies say Gaines was arrested in two separate crimes: an armed carjacking in Deltona and a drive-by shooting at a skating rink.