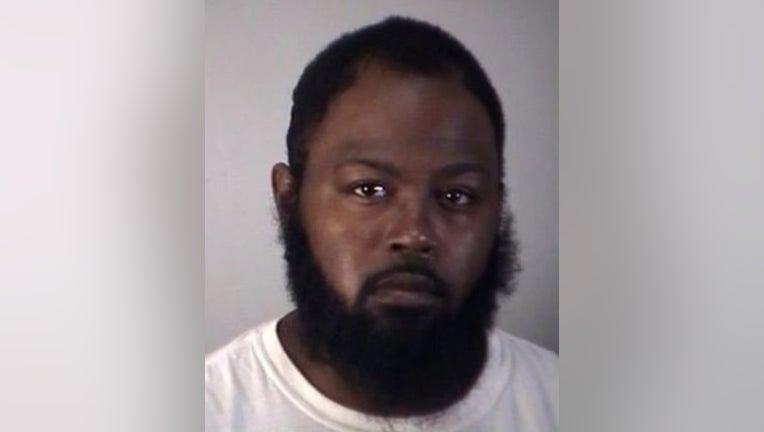 MOUNT DORA, Fla. - A Mount Dora man was arrested after authorities say the found five dehydrated pit bulls that were infested with fleas in kennels at his home.

According to the Orlando Sentinel, Donald Levon Barnes, 30, is facing five counts of cruelty to animals in connection with the case.

The dog were reportedly discovered on Oct. 31 after Lake County Animal Control officers responded to a complaint. When they arrived on Barnes' property on Highland Park Blvd, they say they found two kennels with three pit bulls crammed inside.

"Two female pit bulls were covered with fleas housed in a kennel so small they could not move resulting in one dog sitting on top of the other dog dehydrated with no food or water,” the report said. “The second kennel housed one dehydrated pit bull covered in fleas resulting [in] large amounts of flea debris.”

Upon further searching, two more pit bulls were found in makeshift kennels in the backyard covered in fleas. One of the dogs appeared to have an “abnormal bloated stomach” and the other “emaciated with his ribs and hip bones showing," according to the Orlando Sentinel.

The landlord had reportedly told Barnes to clean up the property and provide proper care for the dogs. They had reportedly been living in 'deplorable conditions' for three weeks, the report states.

The dogs were seized and taken to the Lake County animal shelter for treatment.

Barnes was released from the Lake County Jail after posting $5,000 bond.