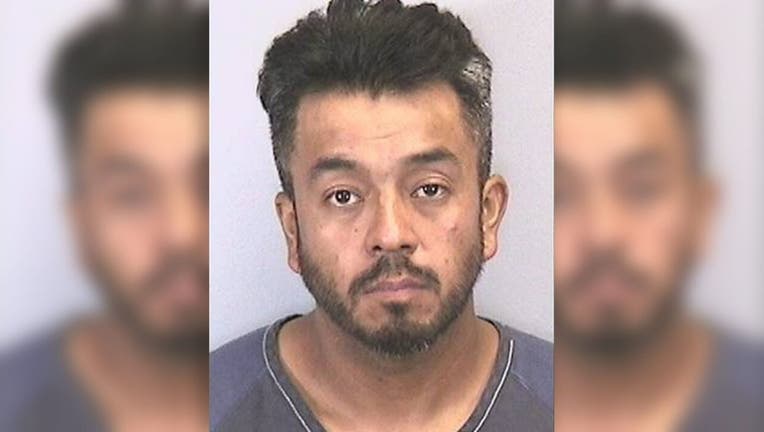 A Florida man was charged with raping a woman and later admitted to killing a man and woman in Mexico, according to the Manatee County Sheriff's Office.

Omar Navis Torres, 39, who the victim says has a "crack and alcohol addiction," allegedly beat the unnamed woman before sexually assaulting her.

He later admitted to killing a man and woman in Mexico, according to the arrest report.

Officers responded to a location in Manatee County on Oct. 30, in reference to a past physical dispute, when they made contact with Torres and the victim.

Torres allegedly threw the woman onto the bed, hitting her in the face multiple times after he told her she wasn't good for anything but sex.

The victim told police he forced himself on her and that she only stopped resisting after realizing he wouldn't stop hitting her until she complied, according to the report.

Police say Torres allegedly controlled the victim with fear, saying multiple times that if she sought help from law enforcement he would kill her and if Torres was unable to find her -- he would come after her family, kill them and then take his own life.

Those reasons kept the woman from reaching out to the police, but after another aggressive encounter, the victim called 911 due to fears for her own safety, according to the arrest report.

The victim told police that Torres was "very aggressive" and that he punched her in the nose -- causing it to bleed -- following a verbal argument a couple of days ago.

Police arranged for a rape kit to be administered on the victim, while Torres was booked into the Manatee County jail on Oct. 31 and remains in custody on a $35,000 bond, according to the Bradenton Herald.