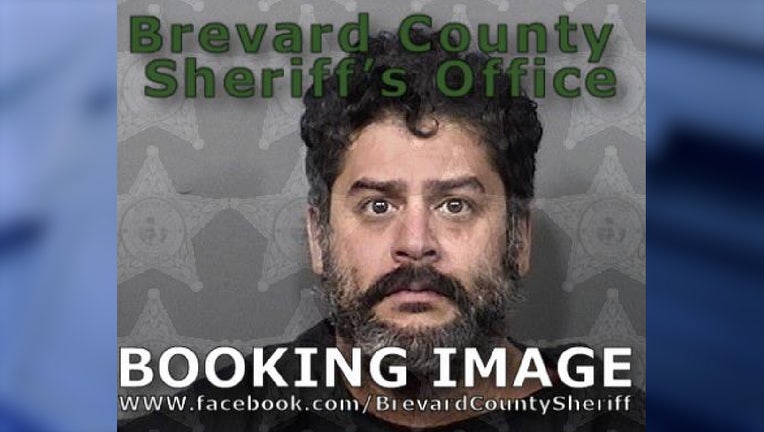 PALM BAY, Fla. - A Central Florida man accused of stabbing his girlfriend to death Tuesday claimed it was in self-defense, according to police.

Officers and fire rescue crews responded to a Palm Bay home on Rome Avenue shortly after noon after receiving a 911 call from 38-year-old Daniel Molina-Gonzalez who reportedly said he stabbed his girlfriend, Alicia Santagata.

When crews arrived, they found the woman with multiple stab wounds lying on the kitchen floor and a knife near her body. She died shortly after she was taken to a hospital.

Paramedics at the scene said they heard Molina-Gonzalez said something to the effect, "I was trying to get her to stop from stabbing me," the City of Palm Bay Police Department said in an affidavit.

Molina-Gonzalez reportedly told officers that the two got into an argument after the victim claimed she felt trapped in their relationship, and during the argument, Santagata allegedly pulled out a knife and stabbed him in his arm.

He told law enforcement he grabbed the knife in an attempt to disarm her, leading to a struggle over the knife, and during the struggle, both fell to the floor and the woman was stabbed in the neck. Officers said Molina-Gonzalez could not explain her additional stab wounds.

Molina-Gonzalez was arrested on a charge of second-degree murder. On Wednesday, he made his first appearance before a judge.

Authorities said he's being held in the Brevard County Jail without bond.

His arraignment is scheduled for Oct. 13.