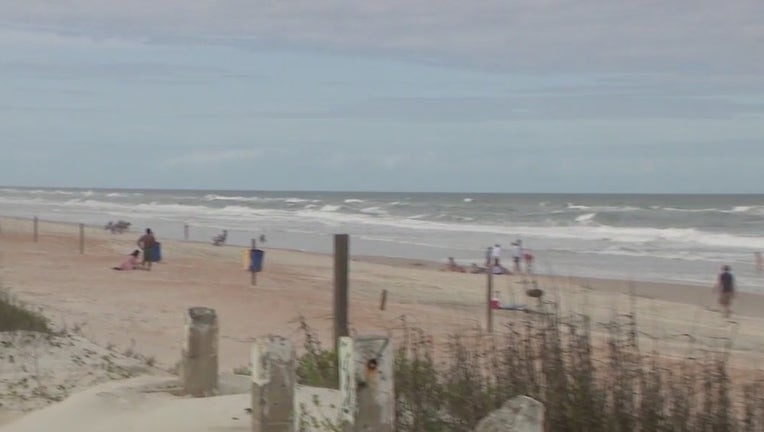 Officials said the victim and his wife were visiting the area from Tampa and were staying at a local hotel when the incident happened.

The man told his wife he was going out for a swim and about 15 minutes later, beach officials said he was found dead.

His identity has not been released at this time.

Cpt. Tamra Malphurs said it’s unclear what was to blame –  rip currents, medical episode or trauma from the rough surf. Malphurs said the surf has caused trouble over the past few days.

"It’s called a shore pound. It’s been really strong the last couple of days. We transported a couple of people for trauma-related incidents. It could have been something like that as well. We’re just not sure at this point," Malphurs said.

She warned people who are coming to the beach to be on alert. "Be very cautious when you’re entering the water, and make sure when you come to the beach you’re always swimming in front of a staffed lifeguard tower," she said.

An estimated 3,960 people drown every year in the U.S., according to the Centers for Disease Control and Prevention.

If you're ever caught in a rip current, officials said to remain calm and swim parallel to the shore until you are out of the current and then swim to the shore.