A suspect has been arrested in an investigation into two deaths and a sexual battery in Lake County.

LAKE COUNTY, Fla. - A Florida man accused of murdering two people and raping a woman was supposed to go before a judge on Thursday, but that appearance was canceled after he reportedly refused to attend.

Investigators said Justin Lamar Jones, 41, murdered his stepson on Wednesday morning inside a residence at the Thousand Trails RV Resort in Clermont. A woman at the residence said she was tied up and sexually battered by Jones throughout the day until she was able to escape, deputies said.

"The young lady who made this report, she witnessed the homicide earlier this morning," explained Lt. John Herrell with the Lake County Sheriff's Office. 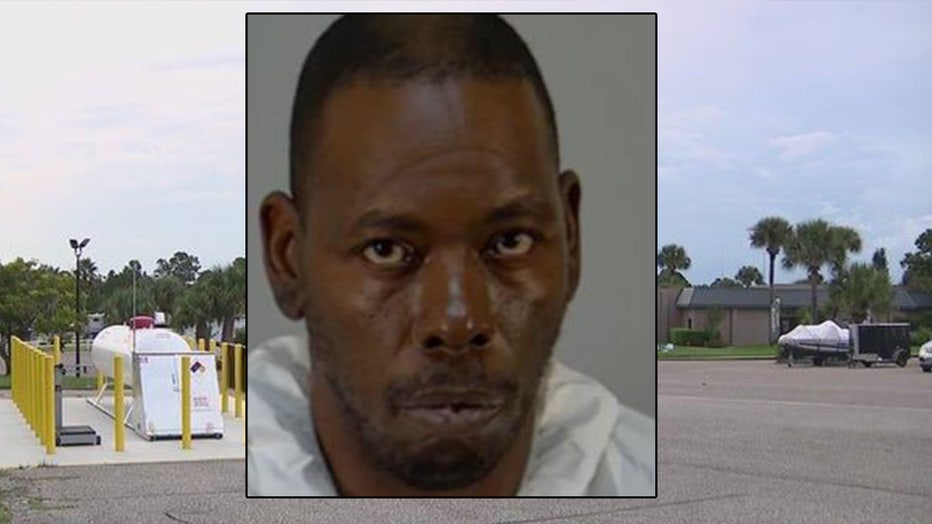 Deputies responded to the RV resort just after 2 p.m on Wednesday to discover a man deceased at 244 Jewelfish Road. As law enforcement was combing the area for Jones, his sport utility vehicle was located in the parking lot of the Publix at U.S. Highway 27 and Hartwood Marsh Road. Jones was spotted running on foot but he was chased down and taken into custody.

As detectives were investigating, another body was located in the travel trailer, authorities said.

"The identities of the two deceased subjects have not yet been confirmed and the identity of the reporting female is protected by state statute due to the fact she is the victim of a sex crime," Lt. Herrell added.

No other details were released, but investigators said they believe the suspect and victims are known to each other and that the family had just moved to the area recently.

Jones is being charged with kidnapping, sexual battery, and two counts of first-degree murder.