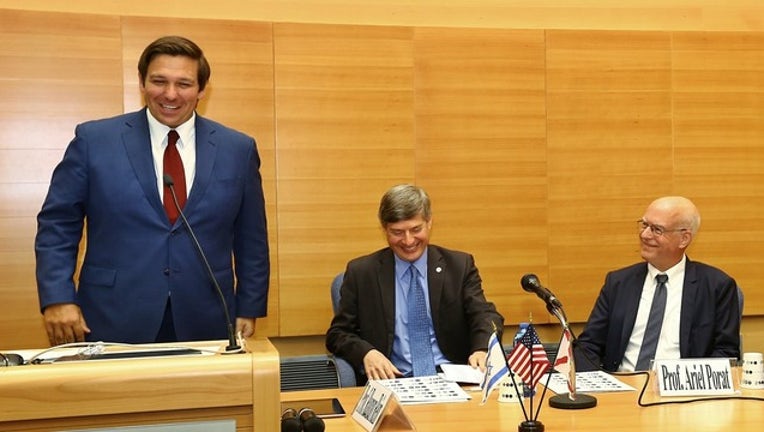 TALLAHASSEE, Fla. (AP) - An open-government watchdog group and several news outlets are suing Florida Gov. Ron DeSantis and members of the Cabinet in an effort to stop their planned meeting in Jerusalem.

The First Amendment Foundation, Gannett Co., Gatehouse Media and the owners of the Miami Herald and Tampa Bay Times filed their lawsuit Tuesday, a day before DeSantis and the independently elected Cabinet are scheduled to meet during a trade mission in Israel. The Associated Press and other news outlets also plan to join the suit.

They argue that the meeting violates the state's open-government laws, which require Cabinet meetings be accessible to the public. The governor's office has said the meeting is ceremonial, but the groups suing contend that isn't the case.