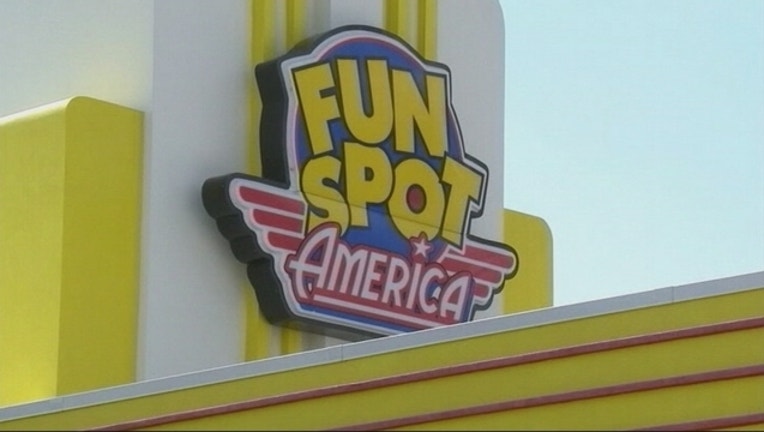 The ride shoots passenger strapped in their seats up and down along a column.