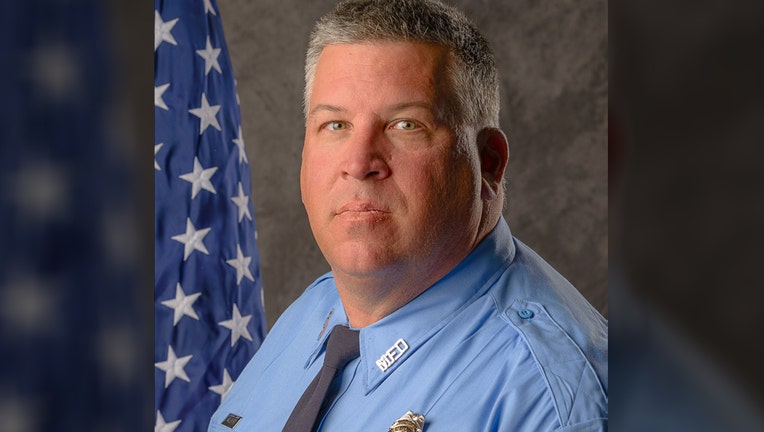 Photo from City of Melbourne

The City of Melbourne confirmed to FOX 35 the death of firefighter Driver Engineer Scott Allender. They said that he passed away on Tuesday evening after battling COVID-19 since early July.

They said that Allender served the citizens of Melbourne for 22 years as a firefighter, including 19 as a paramedic. Prior to his work with the Melbourne Fire Department, Allender served in the Marine corps for four years and went on to become a volunteer firefighter with the Town of Malabar. He eventually moved to Melbourne and became a maintenance worker.

MORE NEWS: 'I am standing in your way': DeSantis fires back after Biden criticizes Florida governor's pandemic response

"Scott was instrumental in training many of the department’s newer paramedics. His personnel file is full of letters and recognition for his services to the community," the city said. "Scott was a loving husband and a devoted father and grandfather to his four children and four grandchildren. He was an avid bass fisherman and a dedicated Florida Gators fan."

Melbourne Fire Chief Chuck Bogle added, "Scott Allender was an important and vibrant member of the Melbourne Fire Department and will be dearly missed by all who knew him… Our deepest sympathy is extended to the Allender family."