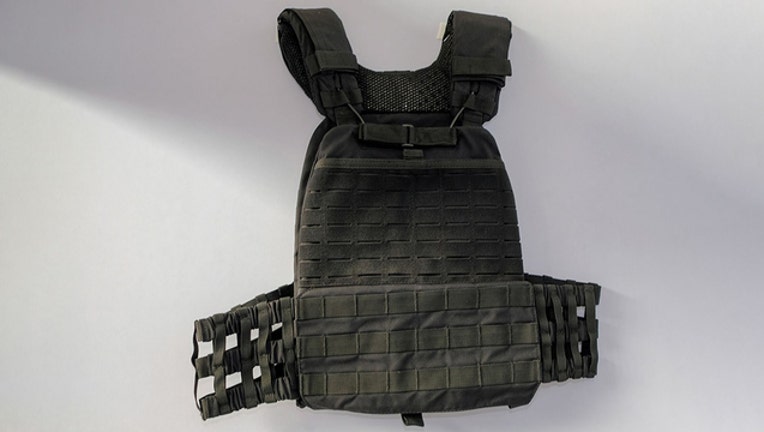 (FOX NEWS) - Two executives at a Florida-based security products firm were each sentenced to less than a year in prison last week after being convicted of selling sub-par body armor to the U.S. government for American troops.

Don Lounsbury, owner of Tactical Products Group in Boynton Beach, and Andres Lopez-Munoz, the firm's vice president for sales and federal contracting, were found guilty earlier this year by a federal jury in Alexandria, Va., of three counts of wire fraud along with charges of conspiracy to defraud the government and making false statements.

Lounsbury, 50, was sentenced to 10 months in prison and Lopez-Munoz, 35, to four months, the Palm Beach Post reported. Both men faced up to 20 years in prison. Prosecutors asked they each be given three years.

Authorities said the men sold $3,500 worth of body armor that put U.S. troops in danger. They agreed to reimburse the government the money it paid for the equipment.

“He engaged in a potentially catastrophic deadly game by vowing to supply the U.S. Government with a specific type of body armor and instead deliberately provided them falsely-labeled, out-of-warranty, cheaper body armor,” assistant U.S. attorneys Raj Parekh and Grace Hill wrote of Lopez-Munoz.

They claimed that in 2012, both men substituted cheaper materials on 10 sets of body armor requested by the government to increase profits, according to the paper.

The request stated the armor should be able to stop ".30-caliber steel-core armor-piercing bullets fired from a rifle" and that no substitutions were allowed, prosecutors wrote.

To hide the scheme, Lounsbury and Lopez-Munoz sewed fake labels into the armor to fool government inspections. Attorneys for the men said their clients didn't know the body armor would be used to protect U.S. troops.

The company supplied armor to the State Department in the past as a subcontractor, wrote attorney Stuart Sears, who represented Lopez-Munoz. He said prime contractors "routinely accepted and sought lower cost substitutes for the requested products, including body armor and other tactical gear."

By trying to skirt corners, both men “endangered the lives and safety of our country’s heroes who are courageously serving overseas to protect the United States from all enemies, foreign and domestic,” according to prosecutors.