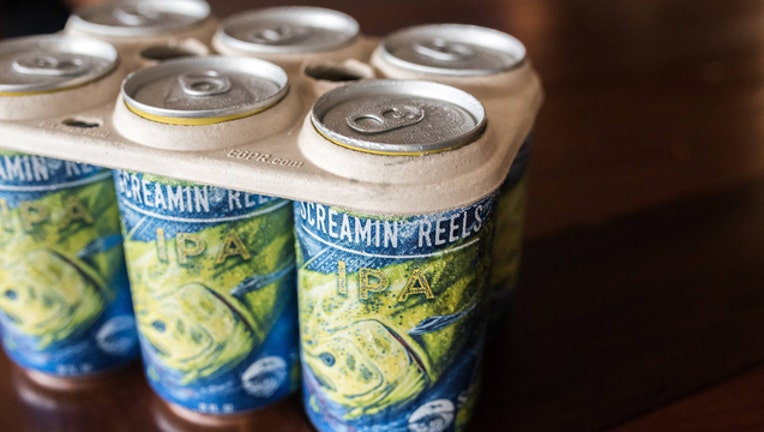 DELRAY BEACH, Fla. - A Florida brewery is using new six-pack rings that are not only environmentally-friendly, they're edible, too, which they hope will help save the sea life.

Saltwater Brewery in Delray Beach has launched its "Eco Six Pack Rings," which are strong enough to hold each can, but are made of barley and wheat, which makes them edible.

“Besides being 100 percent biodegradable, compostable and edible, they have to be strong enough to hold the weight and difficulty handling of the cans,” said Entelequia Inc. Chief engineer Francisco Garcia in a YouTube video.

The plastic rings many breweries use end up in the ocean and end up being ingested by marine life.

A YouTube video by "We Believers" shows how the marine life, including fish and turtles, can actually eat this packaging. “We want to influence the big guys and inspire them to also get on board,” said Saltwater Brewery President Chris Gove in the YouTube video.