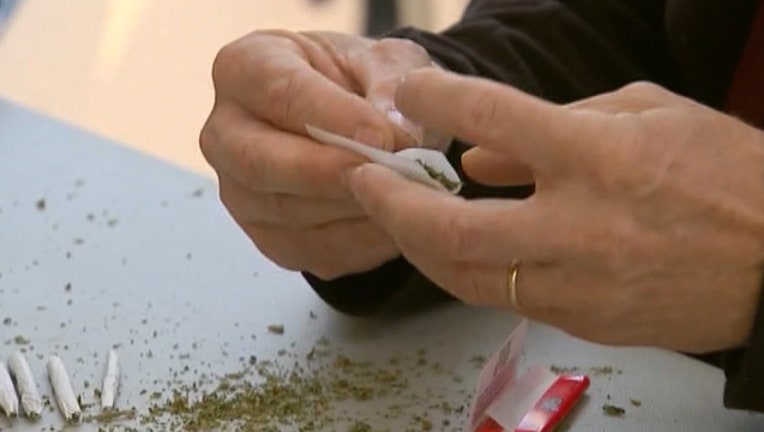 In a highly anticipated but not surprising decision, Leon County Circuit Judge Karen Gievers found that a constitutional amendment approved by voters in 2016 that broadly legalized medical marijuana gives eligible patients the right to smoke the treatment in private.

A spokesman for the Florida Department of Health said the state is expected to appeal, which likely would place Gievers’ order on hold.

Gievers’ decision came a little more than a week after a hearing in which Cathy Jordan, a patient who was diagnosed with Lou Gehrig’s disease more than three decades ago, told the judge she credits smoking joints with saving her life.

Jordan is among the plaintiffs in the lawsuit initiated by John Morgan, the Orlando trial lawyer who largely bankrolled what was known as Amendment 2. The prohibition on smoking medical marijuana was included in a law passed last year that implemented the constitutional amendment.

The amendment does not expressly authorize smoking pot but gives the state the authority to enact regulations regarding medical marijuana use, lawyers for the state have maintained.

But, agreeing with the plaintiffs, Gievers found that the language in the amendment “recognizes there is no right to smoke in public places, thereby implicitly recognizing the appropriateness of using smokable medical marijuana in private places consistent with the amendment.”

The “ability to smoke medical marijuana was implied” in the constitutional language “and is therefore a protected right,” Gievers wrote.

Shortly after Gievers’ opinion was released, Morgan tweeted: “When I start something I finish it. Truth prevails!! The voters will be done!! #BELIEVE #ForThePeople #NoSmokeIsAJoke.”

Sen. Bill Galvano, a Bradenton Republican who will take over as Senate president in the fall, said Friday evening he had not read the order but intended to review it to ascertain the judge's reasoning. "It is a significant departure from what was passed (in the law)," he said.

Lawmakers enacted the prohibition on joints --- derided as “no smoke is a joke” by critics --- largely to protect the public from the ill effects of smoking, lawyers for the state argued during the May 16 hearing.

But Jon Mills, a former House speaker who was instrumental in crafting the amendment and represents the plaintiffs, insisted that the Constitution in a variety of ways allows smokable marijuana, including in how marijuana is defined.

For example, the constitutional amendment relied on a 2014 definition of marijuana in Florida criminal law, which includes “all parts of any plant of the genus Cannabis, whether growing or not.” That includes whole-flower marijuana, which is used for smoking, the plaintiffs contend.

“The amendment addresses the role of each of the three branches of Florida’s government in making sure that those who need marijuana for treatment of their pertinent medical issues are able to have safe access to it, without restriction except that there is no right to smoke in public places,” she wrote.

During the May 16 hearing, Jordan --- who relied on her husband to interpret her speech --- testified that she was given three to five years to live after being diagnosed with amyotrophic lateral sclerosis, or ALS, in 1986. She began smoking marijuana as a treatment a few years after she was diagnosed, Jordan said.

Other routes of administration --- such as vaping --- don’t work for her, Jordan said.

Smoking gives Jordan “dry mouth,” which offsets the excessive drooling caused by ALS, she said. And it relaxes her muscles, increases her appetite and helps combat depression, Jordan said.

“It just makes my life a lot more bearable,” said Jordan, who currently grows her own marijuana.

Ben Pollara, the campaign manager of the political committee behind Amendment 2, hailed the judge’s ruling.

“This is a huge victory for sick and suffering Floridians, who can now consume their medicine however they choose. And it’s a victory for voters, whose clear will had been thwarted by the Legislature. No smoke is a joke, and today the court agreed,” said Pollara, who’s also the head of the non-profit organization Florida for Care, which advocates for patients and the medical marijuana industry.

Friday’s decision was the second victory Gievers handed to patients who have challenged the state over medical-marijuana restrictions. Last month, she gave the go-ahead to Tampa strip-club owner Joe Redner to grow his own medical marijuana for “juicing.” The 77-year-old Redner’s doctors ordered the juicing treatment to keep his lung cancer in remission. The state has appealed Gievers’ decision.

“I’m delighted that the Constitution has prevailed,” he told The News Service of Florida. “This upholds the will of the people, and we’re grateful the justice system worked.”

Information provided by The News Service of Florida