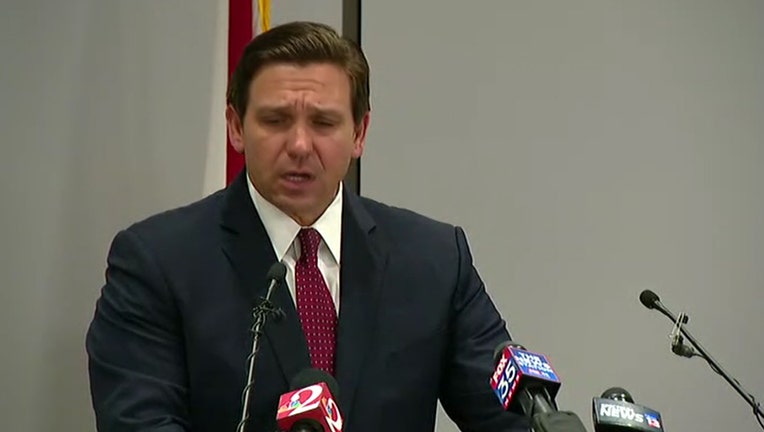 ORLANDO, Fla. - Monday night's rocket launch was the first launch overseen by the Space Force and Governor Ron DeSantis hopes that there are more to come.

On Tuesday, Governor DeSantis told reporters in Melbourne that he is talking to President Trump about getting a big piece of the newly-established U.S. Space Force in Brevard County.

A $738 billion defense spending bill President Donald Trump signed on December 20 includes $148 million to build a Combined Space Operations Facility. The Governor said that his "pet project" is to bring the combat and command of the newest military branch to Florida.

"I've talked to the President about it. He's going to make his own decision. I've spoken about it with him on and off over the last year, but I think now that it's law, I'm going to make a full-court press on that," DeSantis said. "I think having that here combined with everything else going on, I just think that will be a home run."