As deputies search for Doujon Griffiths, Latoya Reid mourns the death of her daughter, Massania Malcolm, and her 1-year-old granddaughter, Jordania.

ORLANDO, Fla. - A man is now wanted on murder charges after a mother and baby were found dead in a car.

The baby's father is recovering in the hospital after being shot by the same man he knew from Jamaica, according to investigators.

"He got here with a regular visiting visa," explains Latoya Reid.

As deputies search for Doujon Griffiths, Reid mourns the death of her daughter, Massania Malcolm, and her one-year-old granddaughter, Jordania. 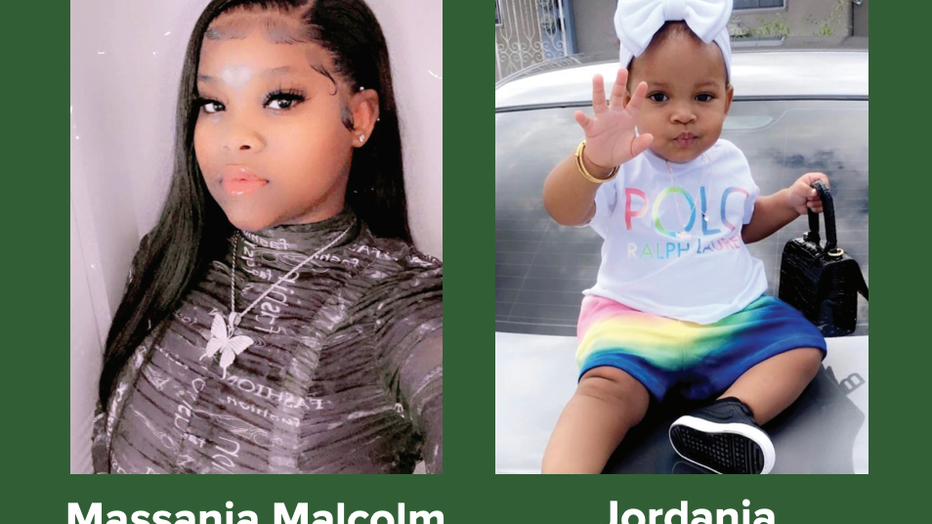 "I came here because I wanted a better life. I didn’t come here to bury my kids. I didn’t," she said.

The young mother and baby girl were found dead Thursday in a parking lot.

Investigators say Massania was shot and Jordania may have died from sitting in a hot car.

The baby’s father was also shot outside the couple’s apartment on Lake Heritage Circle but survived and warned deputies to look for the mother and baby.

"The first thing he said was ‘my friend shot me.’"

Latoya says the baby was found on top of her mom in the hot car.

"She crawled on her mom and was there till she passed. She tried to wake her mom up," she said. "They left her in the car for so many days."

Latoya says Griffiths reached out to Massania’s boyfriend through Instagram. They met in Jamacia.

"They went to school together."

She was concerned when Griffiths stayed with the couple and even asked her daughter’s boyfriend why.

"Why are you bringing someone, especially a male, into your one-bedroom apartment with your baby daughter. He said to me, ‘Latoya, I know what it feels like to be homeless, so I’m gonna help him.’"

She believes the couple asked him to move out and were in the process of taking him to the bus station when the shooting occurred.

"He can be anywhere from Miami, New York to Boston, anywhere. Any information, please, I'm begging you."

Deputies are still trying to determine a motive in the shooting.

Anyone with information about where Griffiths could be is asked to call Crimeline at 1-800-423-TIPS (8477).