Ally Goad loved Universal's theme parks in Florida. She was tragically killed by a drunk driver in 2021. Now, the family has returned to Orlando and is leaving painted rocks with #AllyRocks405 on them around the city -- and at the parks -- to raise awareness of her life.

"I never saw her more elated than when she was running the streets of Universal," recalled Ally’s mom, Danette Goad.

Pictures of the 22-year-old from Oklahoma show her love for the parks - but February 2021 would be her last trip.

Later that year, she was killed by a suspected drunk driver.

"As a mom when your kids are alive… you do everything in your power to protect them," Danette said. "When you lose a child, your job changes, and your job becomes keeping their memory alive. So I just kind of feel like I’m doing my job."

Danette says that new job has taken her back to her daughter’s favorite place.

Goad and her daughter-in-law Emileigh are leaving painted rocks all over the park and beyond. They say "#AllyRocks405." 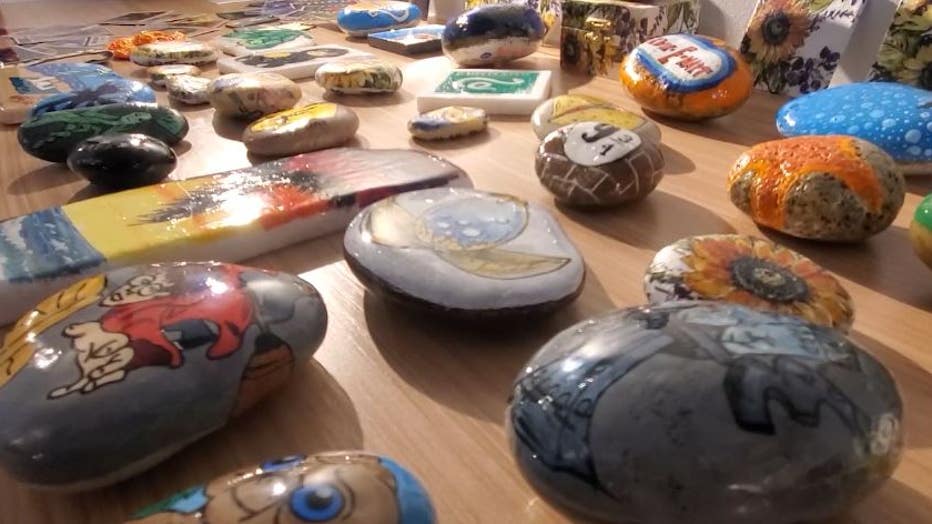 "It leads people to that Facebook so that they can see more of her and who she was and how amazing she was," Danette said.

They’ve met many strangers -- turned close friends – along the way.

"Finally we got to meet up with them, and it was just like family, to be honest. And soon as I met them… I was like, ‘What can I make? What can I do,'" said Ashley Cassidy of Mt. Dora.

Members of the crafting community are painting more rocks and making other items like cards and buttons that commemorate Ally and share her story.

"The support from all of these people that are doing crafts for her but never even knew her... just learned about her and were touched by her story. It warms our hearts and provides a little bit of healing," Danette said.

Danette says the man accused of hitting her daughter has yet to go to trial.