(KMSP) - The price for serving and protecting has never been higher in this country.  High profile police shootings have seen to that.

It's driving police officers out of the business and making it more difficult to entice young men and women into it.

Mike Martin was a Minneapolis cop for more than 20 years with much of that time spent in the 4th precinct on the city's north side. But at age 50, he decided "enough is enough.”

"I lived a dream. For 22 years I was living a dream,” said Martin. “I couldn't believe they paid me to do the work that I was doing. That's how much I enjoyed it. And then it got to a point where I didn't dread going to work, but I knew that it was work and there was a reason I was getting paid."

Now retired, Martin says it still stings to see negative rhetoric toward police or hateful actions, such as the recent fatal police shootings.

"As I watched the protests at the 4th precinct after the shooting of Jamar Clark, it tore at my heart because I knew that those officers standing there taking such abuse were tremendous men and women - some of the best in the city,” said Martin. “They volunteer to work on the north side because of the kind of people they are. Many of them are married to people from other cultures and they were being called racist. They were being spit on and shouted at. I talked to many of them on the phone during that. It was a terrible time for them because they were disheartened.”

Specifically, Martin points to an incident this after the shooting of Jamar Clark where a north side police officer was berated during the occupation of the 4th precinct. That encounter was captured and posted on YouTube. Martin says the viciousness toward an officer that had nothing to do with Clark's death is hard to watch.

“We were always warned when we were in the academy and young officers ‘don't develop an us vs. them mentality’ and that was us the police against the bad guys at that time. But now it's morphed into people feeling like the police and the community are at odds, when in reality I know that an overwhelming majority of people in the community support the officers. And a lot of them are afraid to speak out right now because they'll be drowned out by people who have agendas that are anti-police,” said Martin.

That anti-police sentiment is mainly focused on the big city officers, but it's resonating among a generation of young people who are still deciding whether police work is worthy work.

“Recruiting is difficult because we're asking young college graduates to come into a profession where they're being ostracized and where they're not necessarily going to be respected,” said Martin. “They see in the press every day the police being [verbally] beaten up every day. It's tough. I don't think it's the danger. It doesn't look as rewarding as it used to,” he said.

Ironically and, as is often the case, police officers produce other police officers. Mike Martin’s 23-year-old son Jimmy is well on his way and Mike isn’t sure how he feels about that.

“I worry sometimes that he's seen policing in a different light that policing is now,” said Mike Martin.

Jimmy Martin, a police recruit, says he understands his father’s concerns, but he’s not deterred from joining.

“I think that his parents were also probably worried about him when he chose to be a police officer and I understand why,” said Jimmy Martin. “I understand the changes that have gone on over the years with policing and the police culture, but I think that the major thing that has stayed the same is that police officers have a great opportunity to serve their community. I think that serving the community is what I want to do. I know that."

But Jimmy Martin admits growing up he has seen a change in police discourse over the years.

“It's quite apparent that the relationship between the community and the police has changed,” said Jimmy Martin. “It has gotten worse, but as millennials as young individuals going into law enforcement we have the opportunity to bridge that gap.”

Looking ahead 10 years, he remains optimistic for a more positive relationship between police and the public.

“The number one thing I hope has changed by that point is the relationship with the community,” said Jimmy Martin. “I think that not only does it make the community better, but it makes the morale of the police department better because officers love to serve a community that appreciates them." 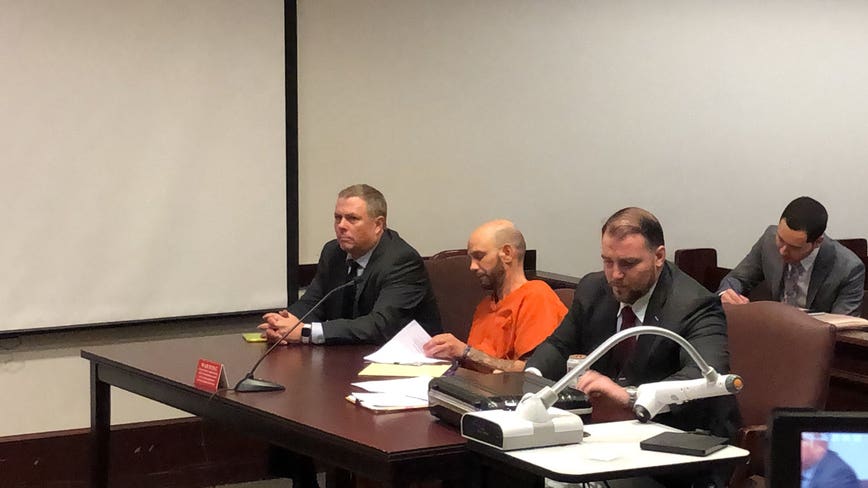