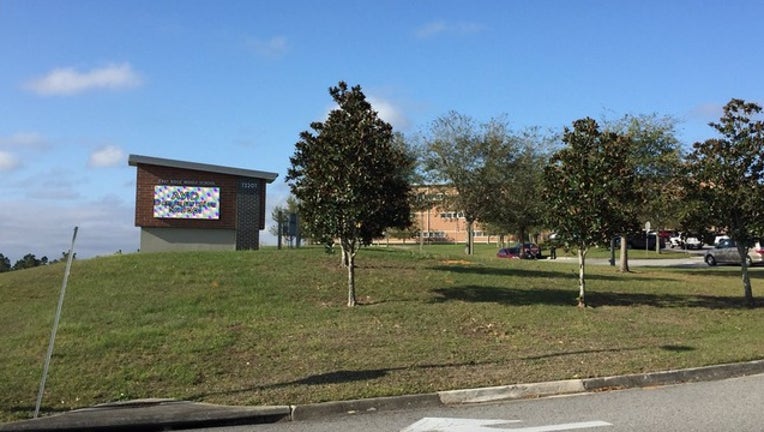 UPDATE: Lake County Schools have announced that the threat at East Ridge Middle School has been closed and no credible threat has been verified.

The original report made references to a student with distinctive physical characteristics. The county says that law enforcement were able to use this to identify the student. Law enforcement contacted the parent and determined that the student did not make the threat. The ydo not believe that a credible threat was ever even made.

The county is encouraging parents to talk to their children so that any time they see or hear information, they report it to a responsible adult immediately.

Parents in Lake County were on edge on Tuesday.

The principal of East Ridge Middle School announced on Twitter that they’d heard reports a student planned to bring a gun to class.

Lake County Schools tweeted on Monday night that one of their students reported hearing a second-hand conversation about another student saying he was going to bring a gun to East Ridge Middle School on Tuesday, February 27th.

"It's scary!” said Jazmin Felix, who was dropping her son off at the school, Tuesday morning.

The school says that they immediately informed law enforcement, but so far, neither the officers nor staff have been able to make contact with the student or parents.

“So far,” said Sherri Owens, spokesperson with Lake County Public Schools, “neither law enforcement nor our staff have been able to connect with the student or his family.”

They believe that he may live out of their attendance zone and is driven to a bus stop so that he can ride on one of their school buses. However, but because he is not assigned, they have yet to determine which bus.

The school says that they will have extra officers and district staff on campus tomorrow looking for the student to ensure he does not come to any classroom. They also continue to work with law enforcement as they investigate the threat.

“This is the result of someone overhearing a secondhand conversation,” Owens said, “so there are questions, and we just want to have answers to the questions.”

Lake County School officials say even if this threat - which was gotten from a secondhand source - turns out to be nothing, they still have to take it seriously in today's world.

“Every one of them will be taken seriously,” Owens said, “and that means a conversation with law enforcement and the potential for severe consequences.”

The school wants everyone to know that their number one priority is to keep their students safe.

Felix said that many parents saying their kid's not going in, today. “We have the moms on Facebook freaking out, saying they're going to keep their child at home.”

School officials say all absences on Tuesday will be excused.