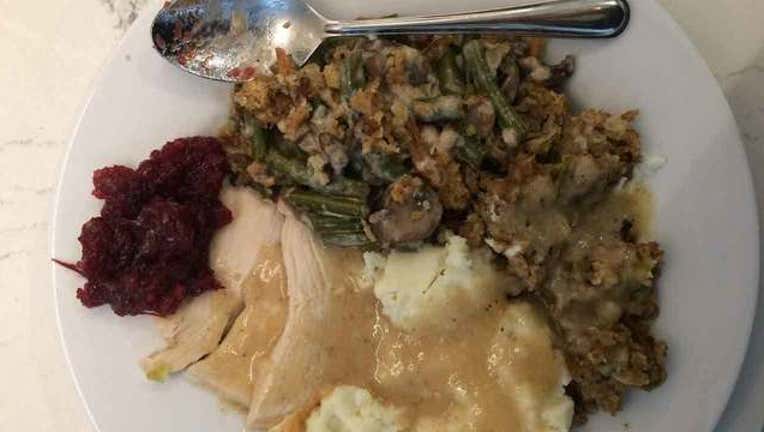 (WJBK) - The holiday season is upon us: family, friends, food and for many, heartburn. Holiday meals can produce the perfect storm for heartburn, but the symptoms and discomfort can be minimized by following a few tips.

Usually you finish consuming a holiday dinner with all the trimmings - and you're surprised by the burning pain in your chest. What's going on?

Probably gastroesophageal reflux disease or GERD, says Mitchell Cappell, M.D., Ph.D., chief of Gastroenterology at Beaumont Hospital, Royal Oak. The condition, more commonly known as heartburn or acid reflux, affects 60 million Americans at least once a month, with nearly half of these individuals having at least weekly symptoms, according to the National Institute of Diabetes and Digestive and Kidney Diseases.

Acid reflux is caused by acid released in the stomach for digestion that migrates up the esophagus, a muscular tube that connects the mouth with the stomach; the lining of the esophagus is delicate and can be burned away by the acid, causing the signs and symptoms of the condition.

So what can you do to minimize your chances of experiencing the symptoms of burning in the chest, a sore throat or the regurgitation of acid in your mouth?

Limit your portion sizes. If large meals give you indigestion, break up your food intake over more, but smaller meals a day.

Take a walk after your holiday meal. Invite others to join you for some fresh air.

Don't eat later than three hours before bedtime. This will give your stomach time to digest food properly.

Lose weight. Overweight and obese individuals are more likely to suffer from acid reflux than their normal weight counterparts.

Stop smoking. Individuals who smoke are more likely to suffer from erosive esophagitis, a condition characterized by the wearing away of the lining of the esophagus.

"The most important thing a patient can do is to be properly diagnosed by a gastroenterologist," says Dr. Cappell. "He or she can then prescribe the most effective treatment."

This is especially true for the 2 to 3 percent of all reflux patients who will develop life-threatening complications, including esophageal cancer, bleeding or a stricture (narrowing caused by scar tissue). Being treated for reflux can prevent these conditions from developing.