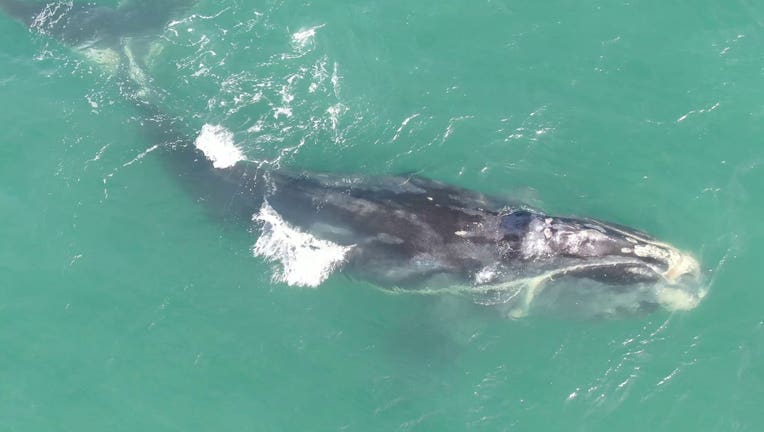 MYRTLE BEACH , S.C. - A critically endangered North Atlantic Right whale was found dead over the weekend off the coast of South Carolina, more than four months after it had been spotted entangled in fishing gear.

Experts estimate fewer than 400 North Atlantic right whales survive. Pregnant females migrate each winter to the warmer coastal waters off Georgia and Florida to give birth to their calves.

According to the Clearwater Marine Aquarium, Cottontail was a 12-year-old male that had been entangled at least since October, when it was sighted off Nantucket, Massachusetts, swimming with a fishing line caught in its mouth and extending past its tail, the fisheries service said in a news release. 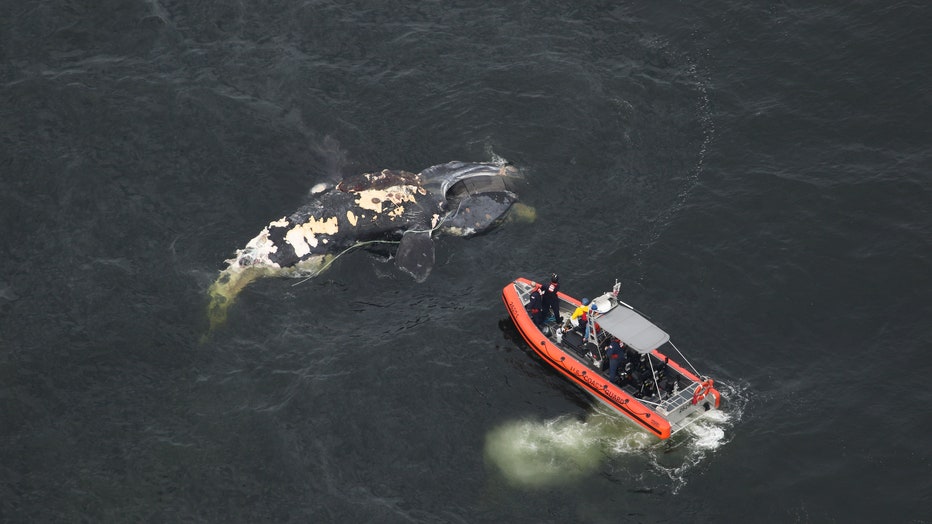 The same entangled whale was seen again in mid-February off Florida, where a team of experts was dispatched but was unable to free the whale.

Conservationists worry that North Atlantic right whales are slipping closer to extinction as deaths in recent years have outpaced births.

However, the 2021 calving season has proven to be the best in years. Survey teams dispatched to search by air for right whale mothers and newborn calves have so far spotted 15 calves — the most reported since 2015.