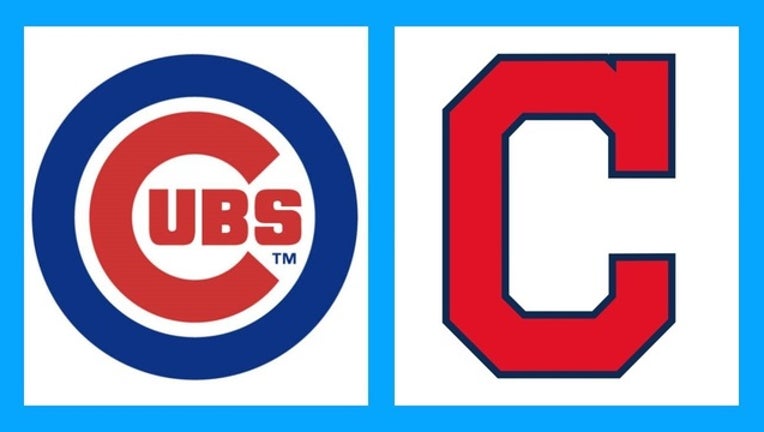 CHICAGO (AP) - At long, long last, it's true: Either the Chicago Cubs or Cleveland Indians will win the World Series.

The matchup between teams that forever waited till next year — next century, really — is finally here.

A classic Fall Classic, for sure.

Oh, and did someone mention something about a drought?

Game 1 is at Progressive Field on Tuesday night, with the Cubs opening as a heavy favorite to win their first crown since 1908.

In the Cubs' last visit to Cleveland, back in August 2015, they posted a 17-0 rout for the most-lopsided shutout ever in interleague play. It got so out of hand that two Indians outfielders wound up pitching.

For the Cubbies, this is their first World Series trip since 1945. They clinched their spot Saturday night at rollicking Wrigley Field as big league ERA leader Kyle Hendricks outpitched Dodgers ace Clayton Kershaw for a 5-0 win in Game 6 of the NL Championship Series.

Now, they're ready to sweep aside the Curse of the Billy Goat and the specter of Steve Bartman. And make up for the near-misses by Cubs greats such as Ernie Banks, Ron Santo and Billy Williams.

"Obviously we know that it's something that's going to be talked about with the history of the organization," pitcher Jake Arrieta said. "But it's really not something we focus on at all. So we just kind of disregard it and go out and play."

The Indians also have a past full of failure and frustration. Their title drought dates to Bob Feller, Lou Boudreau, Larry Doby and 1948, trailing only the Cubs for the longest wait in the majors.

In 1997, Cleveland was three outs from winning the championship when closer Jose Mesa blew a one-run lead in the bottom of the ninth inning of Game 7 at Florida. An error by sure-handed second baseman Tony Fernandez doomed them in the 11th.

Earlier this year, LeBron James and the Cavaliers turned Cleveland into Believeland by rallying to win the NBA title. James has been loudly cheering for the Indians to bring another championship to the city.

Steady Jason Kipnis, jolly Mike Napoli and likely Game 1 starter Corey Kluber starred as the surprising Indians won the AL Central, then breezed by Boston and Toronto in the playoffs.

The Indians did it despite a thinning rotation. Salazar hasn't pitched since early September because of a forearm problem, Carlos Carrasco's hand was broken by a line drive and Trevor Bauer cut his pinkie playing with a drone.

Like the Cubs with Bartman, the spectator who infamously deflected a foul ball at Wrigley during the 2003 NL playoffs, the Indians also have a prominent fan. It's John Adams, the man who has been beating a drum at most every home game for more than four decades.

Even though the clubs hold spring training about 30 miles apart in Arizona, they don't overlap a lot.

They've never played in the postseason and are just 9-9 against each other in interleague action.

Miller and Chapman, however, were teammates this season in the New York Yankees' bullpen before they both got traded in late July.

Francona and current Cubs architect Theo Epstein spent even more time together. In 2004, they teamed up as the Red Sox ended a World Series championship drought dating to 1918 — when Boston beat the Cubs, by the way.

Soon, another city will be celebrating. Maybe next week, maybe next month, with Game 7 scheduled for Nov. 2.

A pair of big cities, one on Lake Michigan, the other on Lake Erie, waiting ... and hoping to end the wait.