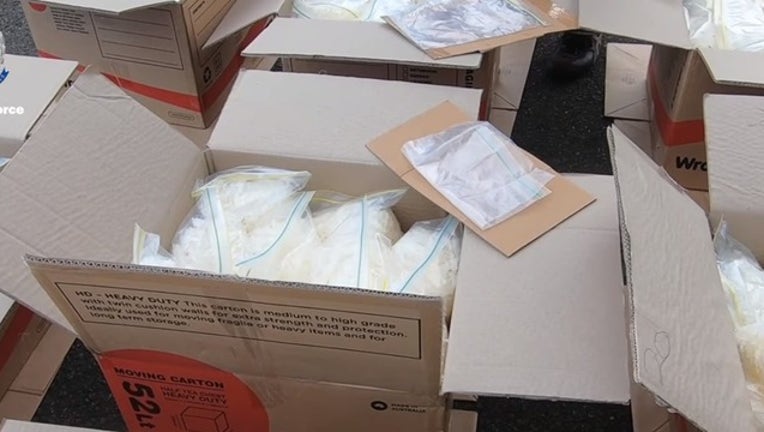 FOX NEWS - An Australian driver having a "very bad day" led police to make what they are calling one of their "easiest drug busts" ever Monday.

Investigators outside of Sydney arrested a man after he crashed his van into a parked patrol car Monday outside of Eastwood Police Station. Unfortunately for him, when police later caught up with him, they found 600 pounds of methamphetamine in the vehicle, worth around $1.4 million.

"This would be one of the easiest drug busts the New South Wales police has ever made," detective chief inspector Glyn Baker told reporters Tuesday, according to The Guardian.

This person has certainly had a very, very bad day," he added.

The driver of the vehicle -- identified by the Associated Press as 28-year-old Simon Tu -- was tracked down by police following the crash.

Surveillance video taken outside the station shows the van allegedly driven by him traveling down a street, hitting the parked police car and then continuing on its way.

A photo taken after the crash shows the front of the police car totaled.

No was injured in the collision, police say, but the driver has been charged with having a large commercial drug supply, negligent driving, and refusing to give information to police.

He appeared in court Tuesday and was refused bail.