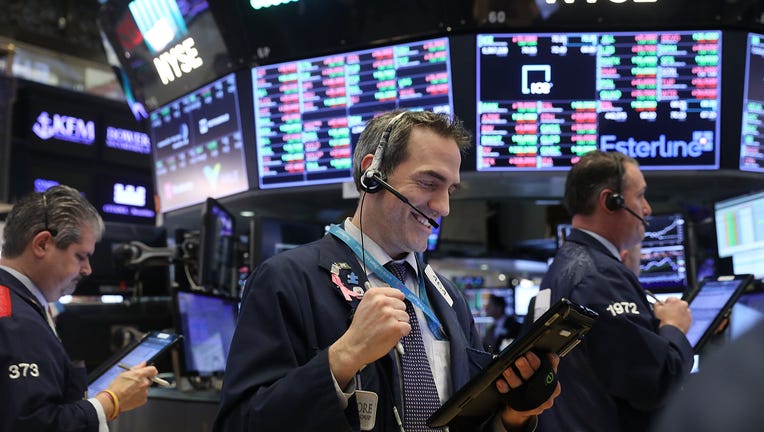 Traders on the floor (Photo by Spencer Platt/Getty Images)

Looking at stocks, those tied to the reopening of the economy continued to gain momentum after AstraZeneca on Monday became the third company to announce positive news regarding its COVID-19 vaccine.

Other stocks tied to the reopening of the economy, including cruise operators and airlines, were also higher.

Tesla Inc. shares were set to open in record territory a day after CEO Elon Musk became the world's second-wealthiest person. Other electric-vehicle makers, including Nio and Li Auto, were also on track for gains.

Looking at earnings, Tiffany & Co. said strong sales in China and a smaller-than-expected decline in the U.S. resulted in revenue falling 1% from a year ago to $1.01 billion, ahead of the $980.7 million that analysts surveyed by Refinitiv were anticipating. The company said its merger with luxury goods retailer LVMH will close in early 2021.

Dick's Sporting Goods CEO Ed Stack will step down from his role at the end of January as he moves into the executive chairman position. He will be replaced by President Lauren Hobart. The announcement came alongside the sporting goods retailer's quarterly results which showed comparable sales grew a record 23.2% year-over-year.

The consumer confidence index for November saw a slight dip to 96.1 vs. the 98 expected by economists, however, October was revised higher to 101.4, according to the Conference Board.