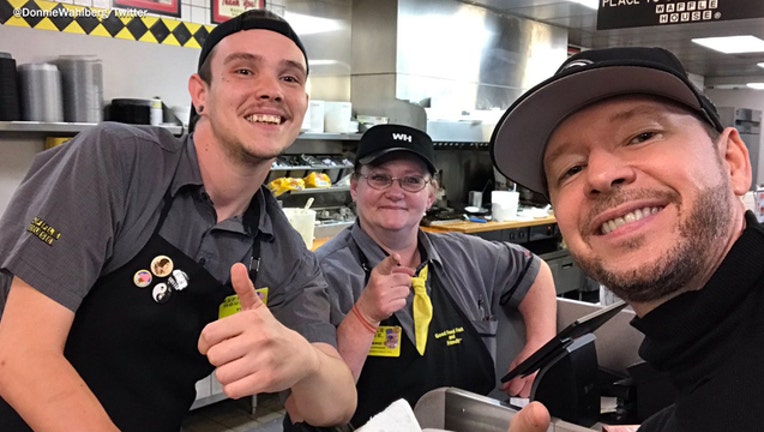 EDGEWOOD, Md. - Donnie Wahlberg left three Waffle House employees in Edgewood, Maryland with an unforgettable memory when he reportedly left them a $500 tip.

The Baltimore Sun reports that Wahlberg pulled into the Waffle House located at the Interstate 95 and Route 24 interchange at about 2:15 a.m. on Monday.

Wahlberg posted a photo to Twitter just before 2:40 a.m. with the caption, “No sleep 'til @WaffleHouse baby!”

Server Angi Silen told the Baltimore Sun that Wahlberg said something to the effect of "we're hungry, we're good people and we tip well.”

After finishing dinner, Wahlberg snapped a selfie with Silen and server Tyler Spangler and tweeted, "Great crew at @WaffleHouse in Edgewater MD! Thanks for the awesome service! Night made! #WaffleHouse!”

The New Kids on the Block member and “Blue Bloods” star then left a $500 tip to be split amongst Silen, Spangler and cook Nick Funk, according to the Baltimore Sun.

"We weren't expecting it," Silen told the Baltimore Sun. "I cried. It's a big thing for my family because we're going through tough times.”