The tropical disturbance we’ve been following appears to be trying to organize very close to the east coast of Nicaragua. With part of the circulation over land and only slow movement apparent on satellite, it’s unlikely that the disturbance will become anything more than a big rainmaker for parts of Central America in the short term.

A basic rule of tropical system forecasts is that forecasts of just-developing, poorly organized or slow-moving systems are always subject to large errors and likely to change. This Caribbean system falls into all of those categories.

In this case, there is another complicating factor. A second disturbance is trying to develop on the Pacific side of Central America. Both the Caribbean disturbance and the Pacific one are components of a large area of low pressure with a broad counterclockwise circulation covering Central America. How exactly the large mother circulation and the two nascent tropical systems will interact is a big question, and the fact that land is involved adds to the complexity of the situation. 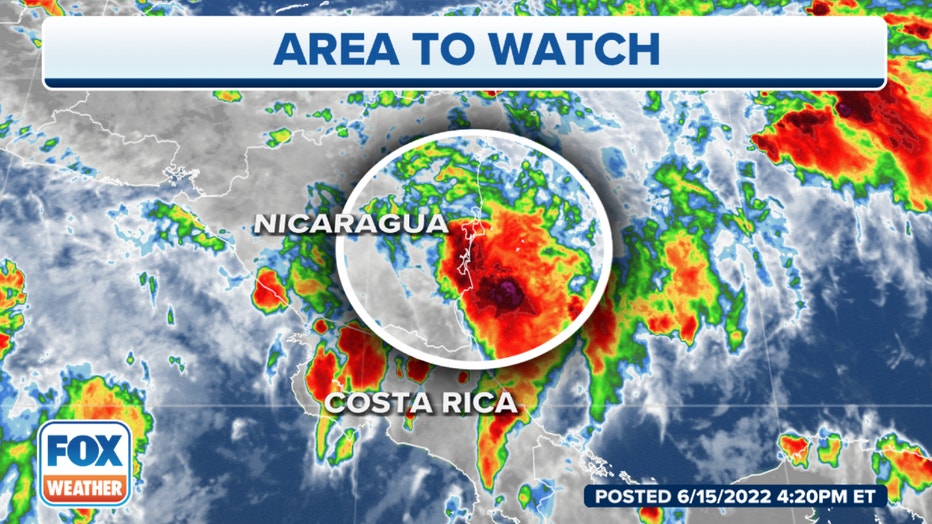 The computer forecast models have diverged on the future track of the disturbance. The American Global Forecast System (GFS) model has insisted that the Caribbean disturbance and a developing disturbance over the Pacific would rotate together around the broad low-pressure circulation over Central America. That would have taken the Caribbean disturbance northwest just offshore of Nicaragua and Honduras and then across the Yucatán Peninsula into the extreme southern Gulf of Mexico. In that case, the disturbance would have a chance to develop into a tropical depression or tropical storm.

Other models have shown the disturbance interacting with the Central American landmass and not developing. This is closer to what seems to be happening, but it’s too early to be sure.

In either scenario, extremely heavy rain will fall over parts of Nicaragua and Honduras as the tropical moisture interacts with the high terrain.

To the north of this moisture, very dry air covers the Gulf of Mexico, so there is no chance of the storm heading toward the U.S.