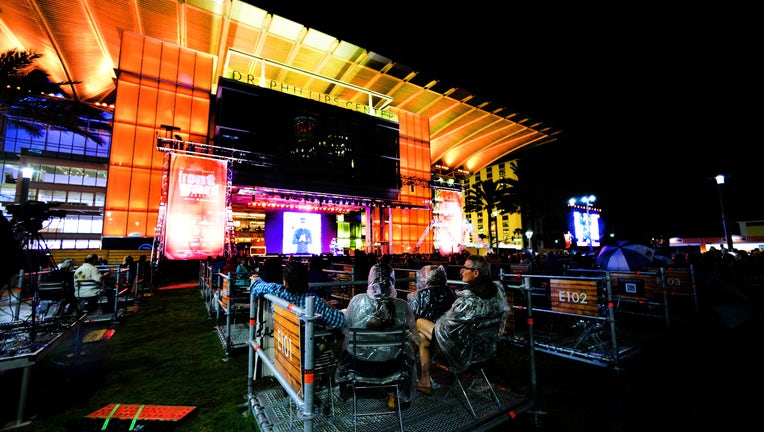 Concert-goers sit in socially distanced seats as Keb' Mo' performs during the Frontyard Festival at Dr. Phillips Center for the Performing Arts on February 11, 2021 in Orlando, Florida. (Photo by Gerardo Mora/Getty Images)

ORLANDO, Fla. - Dr. Phillips Center announced on Thursday that they will bring a live, theatrical performance of some of Disney's biggest Broadway shows to the Frontyard Festival.

There will be three performances on Saturday and Sunday, March 20th and 21st at Dr. Phillips Center’s Frontyard Festival. One of which will be a family matinee where each paid adult gets a child 17 and under admitted for free.

The concert will feature Ashley Brown, Michael James Scott, Kissy Simmons, and Josh Strickland -- all actors who have appeared in Disney productions before.

Tickets start at $25 and there is a two-person minimum to attend.

Make your purchases at drphillipscenter.org.