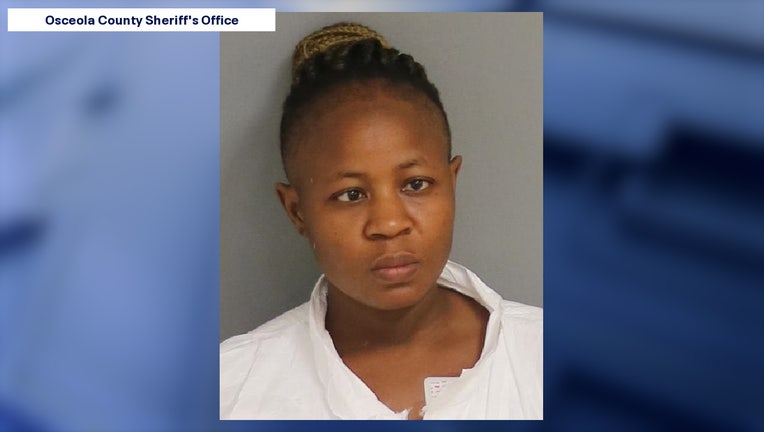 POINCIANA, Fla - A Florida mother accused of choking her 3-year-old daughter, and forcing both she and her sibling to drink bleach over Mother's Day weekend, will be charged in the toddler's death, according to the Osceola County Sheriff's Office.

The warrant comes after the Orange County Medical Examiner found that the 3-year-old's death was caused by choking, and ruled the girl's death as a homicide, according to the sheriff's office said.

On May 8, deputies found the eight-year-old wandering in the roadway near a church in Poinciana. The girl's younger sister and mom were both found unconscious in a vehicle.

All three were taken to the hospital, where the three-year-old died, authorities said. The eight-year-old was treated and then released to other family members.

Officials previously said Zephir was under investigation for an alleged aggravated battery in Orange County. As part of that investigation, Zephir apparently made alarming comments to another family member, where authorities then tracked her to the area in Osceola County, where she was found with her children.

According to the arrest warrant shared Tuesday, Orange County deputies said its initial investigation began on May 7 after a man, identified as Zephir's husband, was taken to the hospital after being stabbed by Zephir.

The warrant in that incident included charges of attempted murder, aggravated battery with a deadly weapon, and battery.

After being released from the hospital, Zephir was arrested on the Orange County warrant and transported to Osceola County jail. She is being held without bond, authorities said.