Authorities in Orlando say a man has been charged with attempted sexual battery and false imprisonment after he cornered a woman in the bathroom of a downtown bar.

ORLANDO, Fla. - According to the Orange County Sheriff's Office, a man was arrested after an attempted sexual battery at an Orlando bar on Wednesday.

They said that on Wednesday night, officers responded to Avenue Gastro Bar on Orange Avenue in reference to an attempted sexual battery. They were told that the suspect was behind held down by bar employees.

Upon arrival, officers said that the suspect, identified as 21-year-old Alexander Stokes, was placed into handcuffs. He was extremely intoxicated. 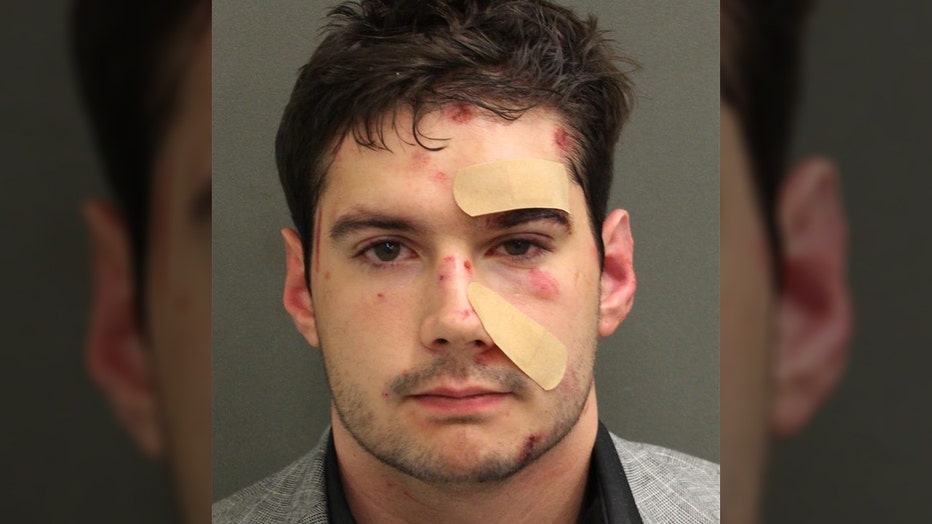 The arrest affidavit stated that the victim encountered Stokes after entering the restroom. He was standing behind where the door swings inward. The victim reportedly asked Stokes if he knew which bathroom he was in, to which he responded "I'm so sorry, I'm so sorry" while closing the door. Deputies said that Stokes then took out his private parts and asked if the victim wanted to have sexual relations.

The victim yelled "he tried to rape me" once outside of the bathroom, the arrest affidavit said. An employee, Steven Santucci, reportedly told his co-worker, Adrian Garcia, to stop Stokes from leaving the bar while he called 911. Stokes pushed Garcia out of the way so Santucci began to assist him in stopping stokes. However, Stokes reportedly pushed his way out, yelling "you'll never be able to prove shit," and ran northbound on Orange Avenue towards East Central Boulevard.

Santucci followed and Stokes eventually tripped and fell, causing lacerations to his face and hands, deputies said. Santucci reportedly got on top of Stokes and detained him until officers could arrive. Stokes attempted to get up and fight Santucci off several times but was unsuccessful, as he kept falling due to being too intoxicated.

Stokes was arrested and charged with Attempted Sexual Battery, False Imprisonment, and Battery.