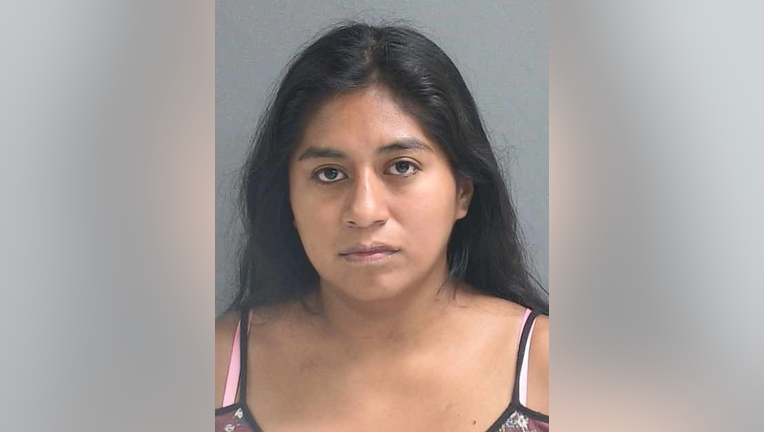 VOLUSIA COUNTY, Fla. - A 25-year-old Volusia County mother was arrested and charged with child neglect after deputies say she left her four kids, all ages 9 and younger, home alone in filthy conditions.

Deputies say they were called to assist an investigator with the Department of Children and Families who "reported hearing small children inside the home but nobody would answer the door."

A family friend arrived 2 hours later and got the kids to respond.

"The friend told deputies she came to the home out of concern because she had not been at the house, nor seen or heard from the children’s mother all day," deputies said. "In addition, the oldest child, age 9, stated he did not know where their mother was and had not seen her since the previous day. He told deputies he was the only one taking care of the children, ages 6, 2 and 1."

The mother, Rosaura Sanchez, arrived home about 3:30 p.m. and told deputies the friend had been there to watch the children in the morning.

"However, the friend refuted Sanchez’s statements and left the scene, saying she didn’t want to be involved."

Deputies say the living conditions of the home and yard were "extremely poor and unkempt." They say it also appeared that the children were dirty, wearing dirty clothes and appeared not to have been bathed in some time.

The home is also apparently near a busy roadway and a train track. Since the house has no fence, deputies say the children could leave the yard and enter the train tracks or road.

Sanchez was arrested and charged with four counts of child neglect and transported to the Volusia County Branch Jail.