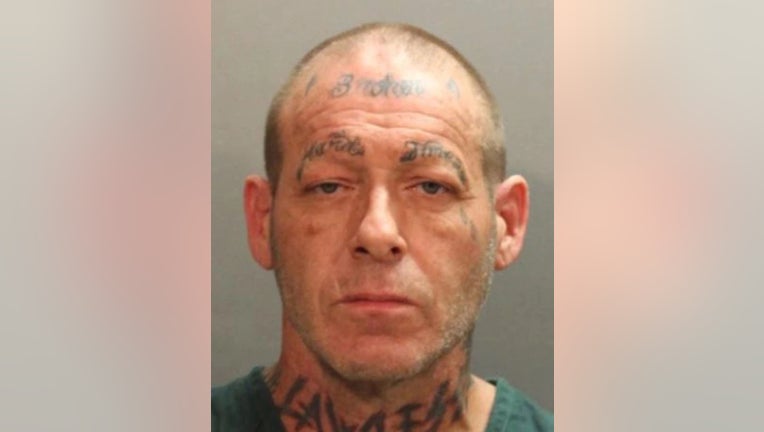 JACKSONVILLE, Fla. - A Florida man was arrested after deputies say he sprayed a substance on doors of businesses from a bottle labeled 'COVID-19.'

According to the Jacksonville Sheriff's Office, David Randolph White, 50, is facing several charges.

On Sunday, deputies responded to a business after witnesses reported that White approached with a container labeled 'COVID-19.'

"As he entered, he sprayed the unknown substance on and around the entrance doors of the business. The suspect reportedly made statements to the employees and patrons in the area that they were now infected with COVID-19," the sheriff's office said.

The business took proper precautionary measures following the incident to clean and sanitize the area.

According to the Orlando Sentinel, the incident happened at a PetSmart store.

RELATED: Florida man warning others after getting fake coronavirus stimulus check in mail

"A woman who claims to know White posted on Facebook that the incident happened after White went to the pet store with a woman who was undergoing treatment for cancer and got into a dispute with an employee after spraying the entry doors with a disinfectant," the Sentinel reported.

White was arrested on charges including threatened use of a weapon or hoax weapon of mass destruction. He was later released from jail on bond.