A Central Florida father is charged with attempted 2nd degree murder after deputies say he shot his daughter's ex-boyfriend during an argument, leaving him critically injured.

VOLUSIA COUNTY, Fla. - A Central Florida father is charged with attempted 2nd degree murder after deputies say he shot his daughter's ex-boyfriend during an argument, leaving him critically injured.

The Volusia County Sheriff's Office arrested Todd Powers, 46, of Deltona on Thursday. He's also charged with possession of a weapon or ammunition by a convicted felon and discharging a firearm in public.

According to deputies, a shooting was reported around 9:30 a.m. on Waterman Street. The victim, a 23-year-old DeLand man, had sustained multiple gunshot wounds and was lying in the driveway when deputies arrived.

"It was determined that the victim came to the house to see his ex-girlfriend, because the two were still friends. When he arrived in the driveway, though, he was first met by her father and brother, and a verbal altercation started," the sheriff's office said.

MORE NEWS: I-95 reopens after 3 killed in 17-vehicle pileup

The brother reportedly told detectives that the victim punched him and he punched back. However, detectives did not find any signs of injuries to either person, and no other signs of a struggle or evidence of a fight were evident. 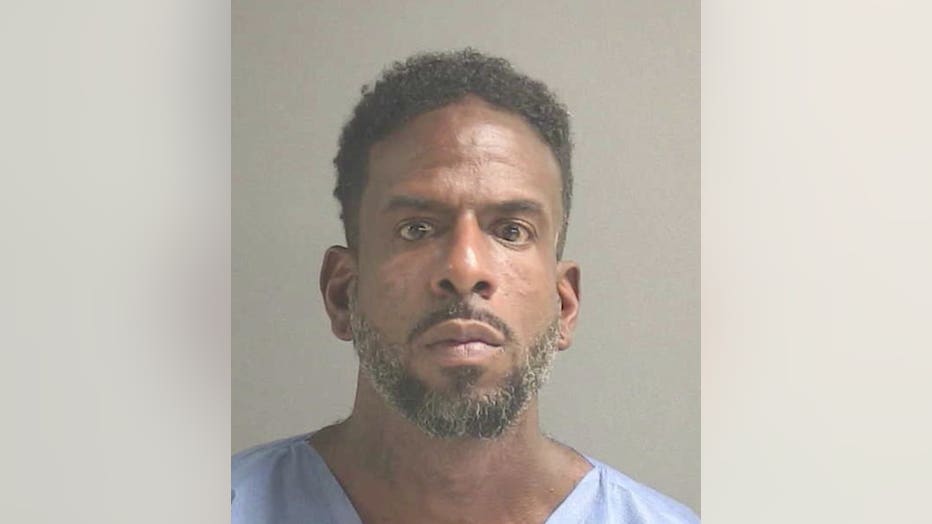 After the fight ended, the brother says he went inside, but his father stayed outdoors. Moments later, several gunshots were reportedly heard "followed by a 30- to 45-second pause, and then more gunshots."

According to deputies, some of the shots could be overheard on the 911 call reporting the shooting, followed by a male voice yelling: "I don’t know what he thought was going to happen."

After interviewing neighbors, deputies say that it appears that Powers fired at the unarmed victim several times over the span of several minutes.

Powers was arrested and taken to the Volusia County Branch Jail with a bond of $126,000. He was additionally charged with violation of probation on a prior charge of possession of a controlled substance.

The victim was still listed in critical condition Thursday evening.