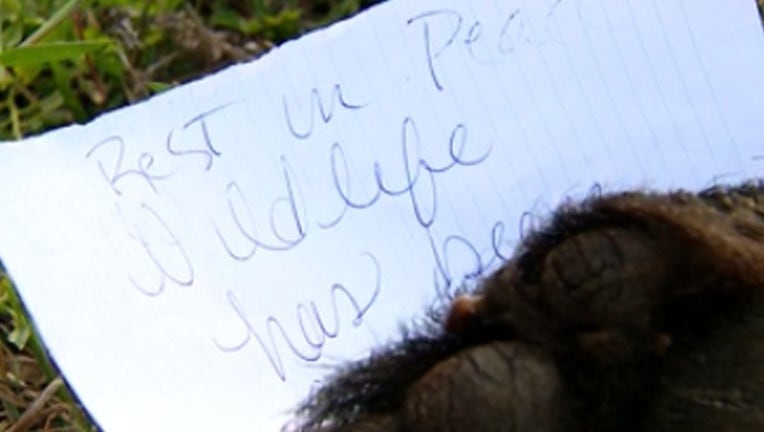 HEATHROW, Fla. (FOX 35 WOFL) - The Florida Fish and Wildlife Commission (FWC) says that a dead bear was found in the median of International Parkway and Wilson Road in Heathrow.

FWC went on to say that the bear was likely hit by a car. They are investigating the scene.

A note was left under the bear's paw saying "Rest in peace. Wildlife has been notified." It was signed with a heart.