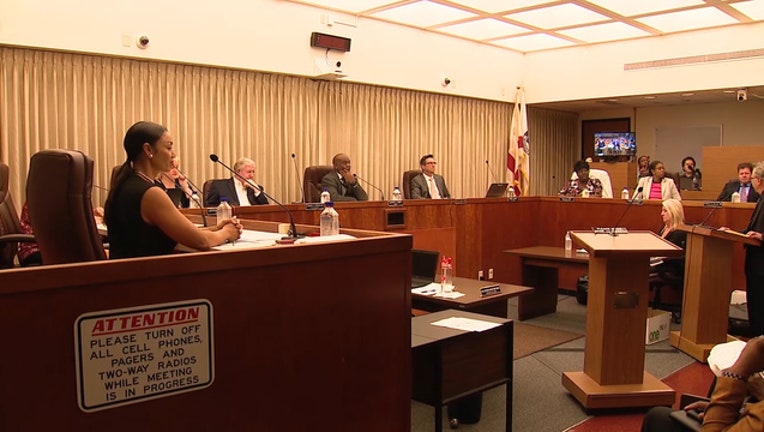 On Wednesday, the city commission heard testimony from dozens of people about their experiences with aggressive and disrespectful panhandlers.

One restaurant owner told commissioners that he was having to have staff escort female customers out of the building due to harassment from panhandlers in the parking lot. Another said, after telling them  to leave his property, a panhandler headbutted him and told him he had every right to ask people for money there.

The owner of the Krispy Kreme Doughnuts on International Speedway Boulevard testified that he’s had to hire regular security due to the panhandling problem; costing him about $100,000 per year.

Along with the commercial effects, city workers told commissioners that they’re regularly cleaning up human urine and feces from known panhandlers. City first responders saying multiple panhandlers have been injured or killed trying to get money in traffic.

All of the testimonies Wednesday were part of a special presentation to the commission as those crafting the new ordinance pitch it to Daytona Beach citizens and leaders.

"We're getting numerous complaints from businesses, from visitors that they're getting harassed, threatened,” said Police Chief Craig Capri.

The ordinance lays out a number of locations that would be off limits to panhandlers including the 20 foot radius around the front door of a business, parking lot, or within 150 feet of a signaled intersection. The activity would also be banned near schools and daycare centers.

The restrictions sound hefty, but those pitching the ordinance said Wednesday that it would only restrict a little more than 2% of the city’s solid land from panhandlers; more than 97% would still be open.

While the speakers in the room were heavily behind the plan, some in the crowd gathered their arguments against it.

Several advocates for the city’s homeless population expressed concern that the law would only harm those in need of help. One pointed out that most of the things speakers complained about (public defecation, harassment, etc.) are already illegal; questioning how one more ordinance will help.

However, Chief Capri said the ordinance is about getting out the panhandlers who aren’t what they seem; who are causing problems.

"This is not a homeless issue. Most of these panhandlers are not homeless; they're out here to commit crimes of opportunity,” said Capri.

Both sides will still have their chance to make their pitch to the city. The commission will hold their first reading of the ordinance next week and are expected to take full public comment, and potentially vote on the ordinance at their February 6 meeting.