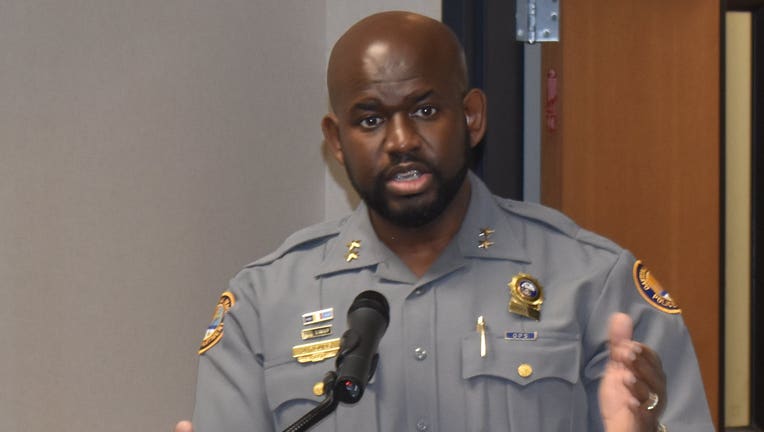 DAYTONA BEACH, Fla. - A new police chief for the Daytona Beach Police Department has been announced.

On Friday, the Daytona Beach City Manager James Chisholm announced Deputy Chief Jakari Young as Daytona Beach's next police chief. He will take over officially on Friday, November 6th after being sworn in at City Hall.

The city said that Young will replace current Chief Craig Capri, who is retiring from the Daytona Beach Police Department after a 30-year career. He has served as police chief since 2017.

Young will reportedly be the department’s first African American police chief and its 17th chief since 1919. He has been the department's deputy chief since 2017 and a member of the command staff for the past six years.

The department said that during his 19-year career as an officer, Young has worked in various operational and administrative roles. He has also received several awards and accolades during his career.

“I believe Jakari’s the right choice to serve as Daytona Beach’s next police chief. He knows our community, has a stellar track record and has the respect of his peers. He has established himself as a competent law enforcement professional and is well qualified to lead our department,” said Chisholm.

“I would like to thank our City Manager James Chisholm for providing me this opportunity,” Young said. “I am extremely humbled and honored to lead this great organization. The dedication, commitment and professionalism displayed by the men and women of this department is second to none, and I couldn’t be any prouder to be their leader. I am also extremely excited to be able to continue to both serve and partner with our 68,000 plus residents and business owners on a daily basis while executing 21st century policing strategies to both reduce and prevent crime.”

He added, “Much love and respect to my friend, mentor and predecessor Chief Craig Capri for all of his support and guidance throughout my career. I wish him nothing but the best in all future endeavors."