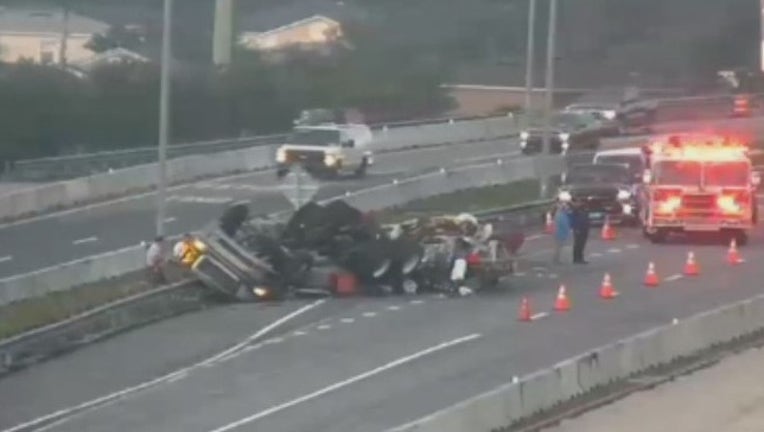 The northbound lanes of S.R. 417 just past the Florida Turnpike near Landstar Blvd. are experiencing heavy delays after a crash.

Cameras in the area showed that all lanes were blocked shortly before 7 a.m. Vehicles are being forced to exit at Landstar Blvd, according to FOX 35’s Kristin Giannas.

"Avoid the 417 northbound at this time," she said. "You can consider taking either John Young Parkway northbound, U.S.-441, or the Florida Turnpike northbound just to avoid that slowdown."

FHP said that one person was transported to a hospital with non-life-threatening injuries.