Thousands of people will descend on Orlando this week, leading up to the appearance of former President Donald Trump at the Conservative Political Action Conference, also known as CPAC.

ORLANDO, Fla. - Thousands of people will descend on Orlando this week, leading up to the appearance of former President Donald Trump at the Conservative Political Action Conference, also known as CPAC.

This will be his first post-presidential appearance. He's expected to speak at 3:40 p.m. on Sunday, according to CPAC's website.

The former president is expected to use the speech to talk about the future of the Republican Party and the conservative moment, as well as to criticize President Joe Biden’s efforts to undo his immigration policies, according to a person who spoke on condition of anonymity to discuss the plans.

"Republicans are trying to figure out, as they move ahead: Is this still the party of President Trump, or will new leadership arise to take over after him?" said Aubrey Jewett, professor of political science at the University of Central Florida. 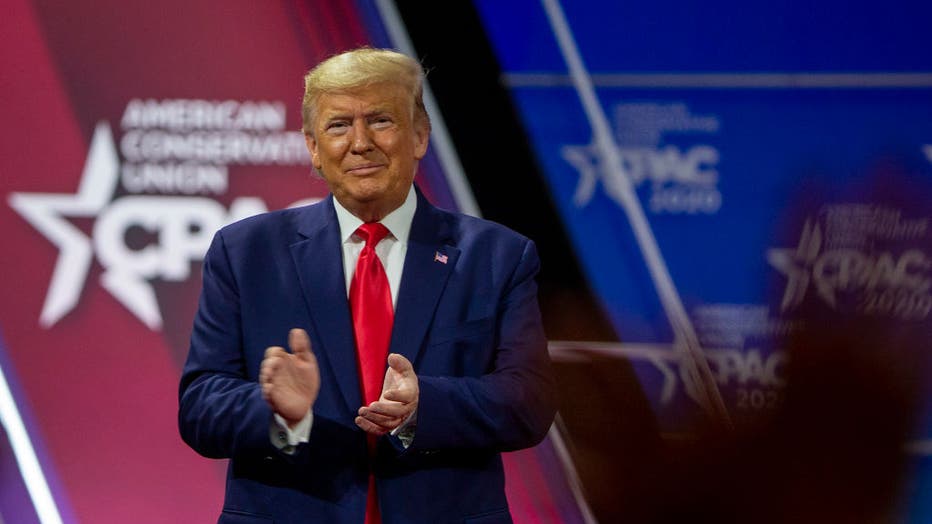 CPAC is being held this year in Orlando, Florida, and will feature a slew of former Trump administration officials and others who represent his wing of the GOP, including former Secretary of State Mike Pompeo, Florida Gov. Ron DeSantis, and South Dakota Gov. Kristi Noem.

"It’s an opportunity for Republicans and conservatives to get together and to re-group, re-think, re-educate ourselves on what we’re going to do with the future," added Charles Hart, chair of the Orange County Republican Party.

Trump has been keeping a relatively low profile since he retired from the White House to Palm Beach, Florida, in January, but reemerged last week to conduct a series of phone-in interviews to commemorate the death of conservative commentator Rush Limbaugh. Limbaugh will be honored at the event this weekend.

CPAC starts in Orlando on Thursday

Political Sciences lecturer at UCF John Hanley discusses what we can expect.

"I think from what we’re seeing at CPAC, it’s a clear indication that at least some segment, maybe a majority segment of the Republican Party -- the conservative movement -- still wants Donald Trump to be involved and to maybe be the leader," Jewett said.

The party is dealing with some division, following the 2020 election and the Capitol Hill riot.

Jewett said Trump needs to unify Republicans, especially amid reports that he will use CPAC to send the message that he is the party's presumptive 2024 nominee for president.