"I looked and I said 'Ruthie, Rusty's gone!' Then I came out at daylight and saw the coyote tracks down there," Bill Delaporte said.

A motion sensor activated the wildlife camera mounted in the Delaporte's backyard. Bill says he only left rusty alone there for a few minutes.

"Ruthie and I both looking at it, she was looking over my shoulder because I wish she wouldn't have seen it," he said, "and saw the picture of the two coyotes, and one had Rusty by the nape of the neck and was going that way."

Wildlife expert Isaac Rempe, with affordable wildlife removal, says coyotes will run off with whatever they can.

"They are opportunistic eaters. They're gonna take any chance that they can get to have a high-yield, low-energy-output dinner. So our domestic pug, our cat that lives in the backyard is going to be a much easier prey item than a wild raccoon." 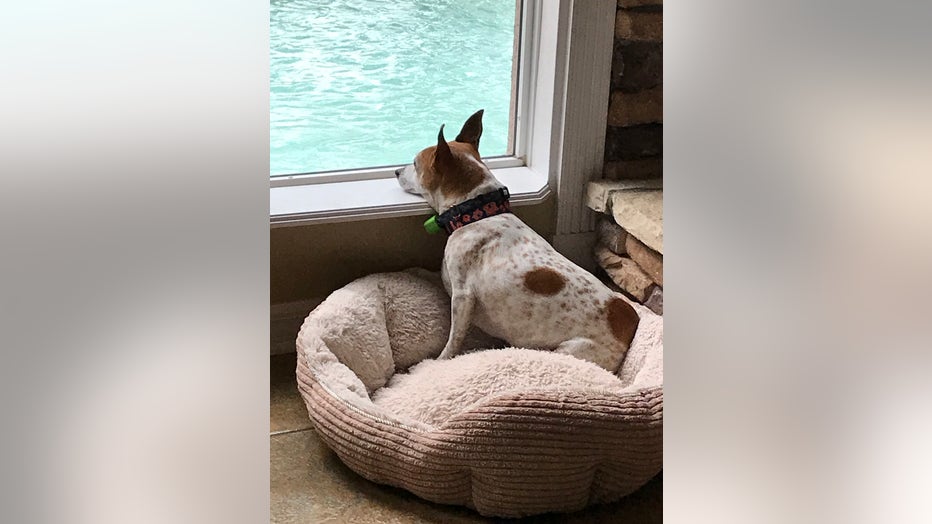 VIDEO: Brave Yorkie fights off coyote to save her 10-year-old owner

Rempe says the best way to protect small pets is to treat them like young children. "You have to be vigilant, you have to be with your animal. You can't be a responsible pet owner and leave your animal in the backyard. It does take due diligence on our side."

The Delaportes say Rusty was a rescue dog, and before the coyote attack, he'd even survived a bear attack.

"Didn't break a rib or puncture the lungs or chest. We just had to do superficial surgery, put in drains, so he survived that - but he didn't learn anything. He was fearless," Bill said.

The Delaportes say they reported the attack to FWC. They're asking pet owners to please keep an eye on their small animals.