As the State Fire Marshal investigates what caused the warehouse fireworks fire in Orange County, commissioners are raising concerns.

Last week there were two fires in Central Florida at facilities that stored fireworks. One person died when a car crashed into Phantom Fireworks and the business went up in flames in West Melbourne. In Orange County, three people died at the Magic in the Sky warehouse when fireworks exploded as the buildings went up in flames.

"This is such a tragedy for our community. That's a resident, a friend, a family member who lost their lives because of this," said Orange County Commissioner Mayra Uribe. "It really puts a statement out there of what rules are set in place. Where are these warehouses located in Orange County? And do we know what's in them?" 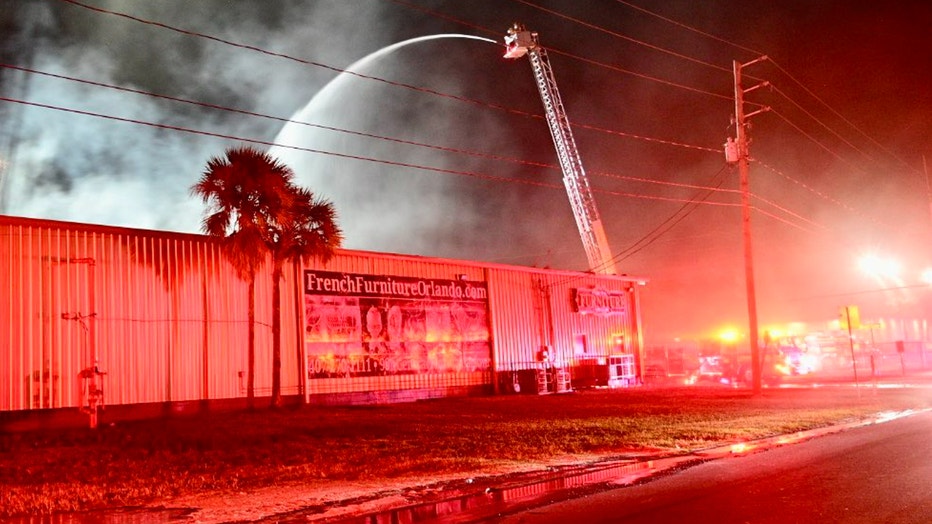 Dozens of Orange County firefighters responded to a warehouse fire in Taft on Thursday, Dec. 1, 2022. The fire ignited fireworks which were stored in a unit at the warehouse. Several were injured inured, including at least two burn patients. [Credit:

The state of Florida regulates who can sell and have explosives. Orange County says multiple agencies may issue permits and conduct inspections for commercial buildings. Commissioner Uribe says there are still a lot of questions they're going to look into.

"Are we aware of these being held here? Are we even talking to the state in that sense of knowing where they approved someone? All of these are huge questions that we are going to ask to hopefully prevent this from happening again," she said.

The warehouse fire happened in Taft, which is an older neighborhood in Orange County where there are industrial warehouses near homes and schools.

"It’s very scary when you think of the horrible thing that happened like these explosives, and the employees that passed away, but if it would have been so huge that it caught a neighborhood on fire," said Uribe. "Maybe we need stricter regulations when they're closer to residential areas because we don’t want to see this times 10."