Orlando woman fighting for her life after deadly firework fire

ORANGE COUNTY, Fla. - Investigators said two people died following a warehouse fire in which fireworks exploded. Several others were badly injured. The cause of the fire is still under investigation.

John and Cheryl Tallafuss said their 27-year-old daughter, Lindsey, is fighting for her life at Orlando Regional Medical Center after being burned on 62% of her body.

"All you can see is from here to here, and her toes and this is all burnt," Cheryl Tallafuss explained as she gestured to her face.  "Her entire face, scalp… the only place we can touch is her feet. She was wearing work boots."

Rescuers said five people were taken to the hospital after the warehouse which was filled with fireworks erupted into flames with exploding. According to investigators, the two who died from their injuries were 22-year-old David Gonzalez and 23-year-old Lindsey Phillips.

The warehouse is owned by a company called Magic in the Sky. The boyfriend of Lindsey Tallafuss, who also works at the warehouse, was outside at the time. 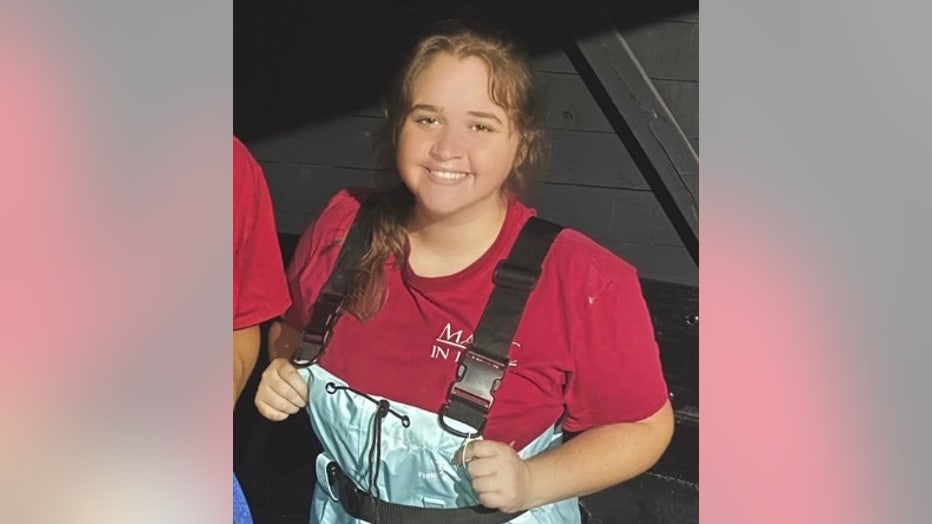 "According to her boyfriend, she ran. Her burns are on her back," said John Tallafuss, adding that more people could have been injured. "I’m told the reason there weren’t more fatalities is because the bay doors were open."

He said his daughter was working on a show for SeaWorld Orlando.

"She’s not a SeaWorld employee. She’s a vendor, but they do the decorations. If you go to SeaWorld and look at the Christmas Tree, she’s the one that built that at 3 o’clock in the morning."

While they are shaken, they are also relieved their daughter is alive.

"It’s a blessing. We know that God is in control," Cheryl Tallafuss said through tears.  "What I would like to see is for my daughter to pull through. That’s all I want right now. For prayers and thoughts and well wishes."