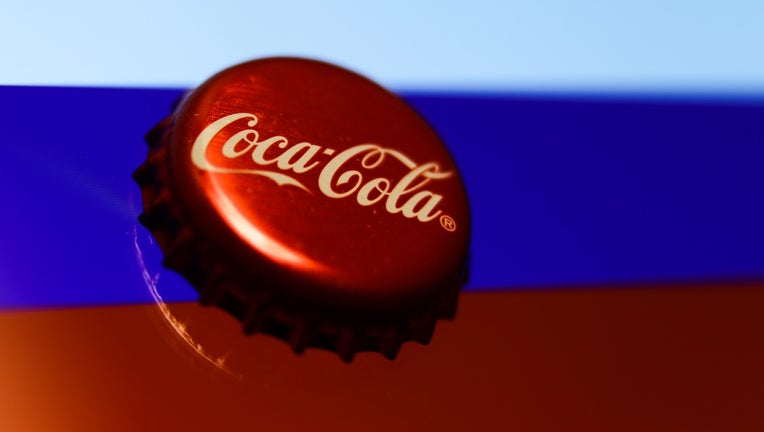 Coca-Cola cap and Russian flag displayed on a phone screen are seen in this illustration photo taken in Krakow, Poland on March 6, 2022. (Photo illustration by Jakub Porzycki/NurPhoto via Getty Images)

ATLANTA - The Atlanta-based Coca-Cola Company said it would be suspending business in Russia following the country’s attack on neighboring Ukraine.

The move comes amid the growing pressures for American companies to break ties with the waring country.

In a statement released Tuesday, The Coca-Cola Company wrote:

"Our hearts are with the people who are enduring unconscionable effects from these tragic events in Ukraine.

"We will continue to monitor and assess the situation as circumstances evolve."

Major U.S. companies that have suspended ties with Russia

A growing number of multinational businesses have cut Russia off from vital financial services or stopped operating in the country. Some are selling their stakes in Russian companies, such as energy giant BP, while others like Harley-Davidson halted product shipments to the country.

Among the most recent is McDonald’s, which said it will temporarily shutter all its 850 restaurants in Russia but will keep paying wages for now to it 62,000 workers there.

Coca-Cola's biggest rival, PepsiCo also suspended its production and sales inside the country.

Energy giant Shell said it will stop buying Russian oil and natural gas and shut down its service stations, aviation fuels and other operations in the country.

Since the invasion of Ukraine, the value of the Russian currency, the ruble, has plunged by more than a third to a record low. That’s pushing up inflation for Russian households, and all the fear has helped cause long lines at ATMs.

In the nearly two weeks since Russian President Vladimir Putin launched the invasion of Ukraine, his forces have captured a swath of southern and coastal Ukraine but have seen their advances stopped in many areas, including around Kyiv.

Two million people — half of them children — have fled Ukraine in the less than two weeks since Russia invaded the country, officials said Tuesday, as Europe’s worst refugee crisis since World War II grows by the day.

The mayor of Lviv said the city in far western Ukraine was struggling to feed and house the more than 200,000 people who have fled there. The displaced are being housed in the city’s sport halls, schools and other buildings.

Thousands of people are thought to have been killed, both civilians and soldiers, though the actual number remains unknown.

The Associated Press and FOX Business contributed to this report