The posh porta-potties are meant to alleviate the lack of public restrooms downtown.

The DTO Go restrooms are located at the corner of Central Boulevard and Rosalind Avenue and at the Jefferson garage, near Gertrude’s Walk Rideshare Hub.

The one-year pilot program will provide public restrooms for people in Downtown Orlando. 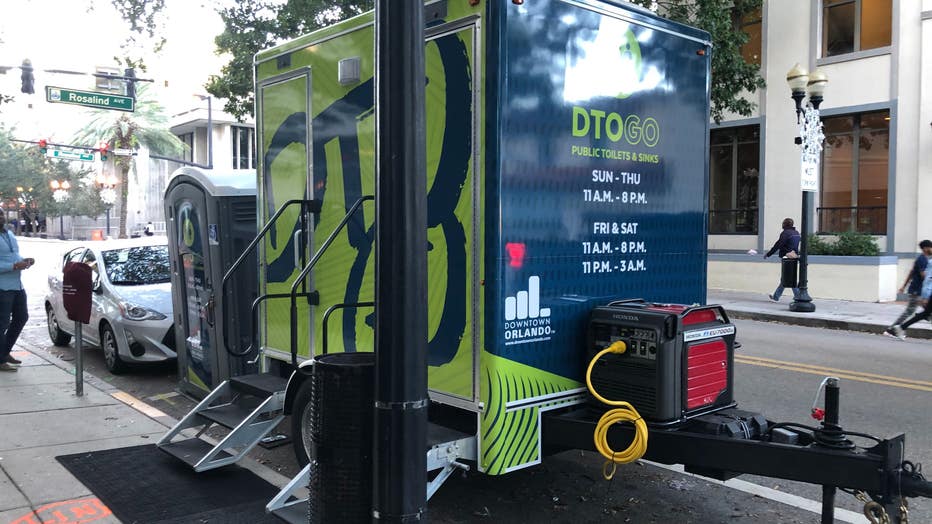 The posh porta-potties are bathroom trailers with running water and sinks.

The city is planning to add two additional locations later next year. 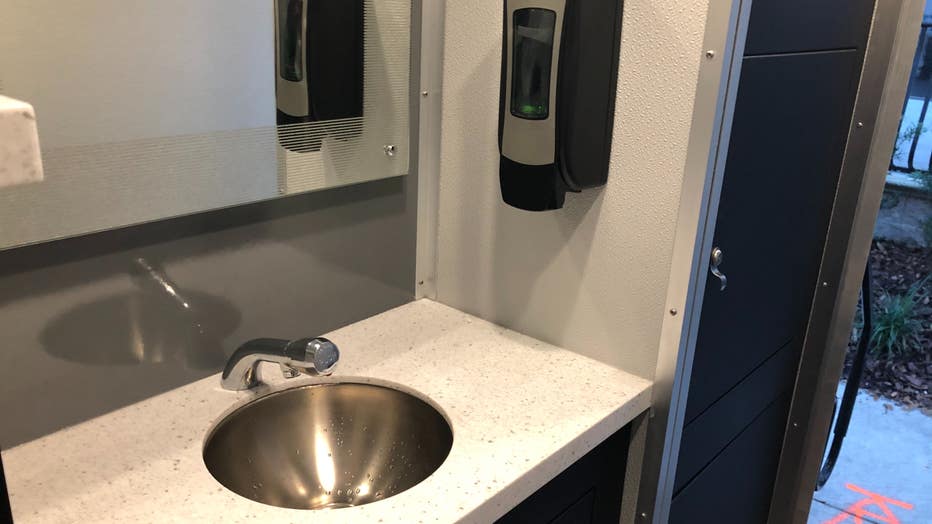 In Downtown Orlando, there aren’t a lot of places to use the restroom.

The elevated portable bathrooms would stay open during the nightlife hours downtown.

Several people tell FOX 35 News that they believe this will solve that problem. 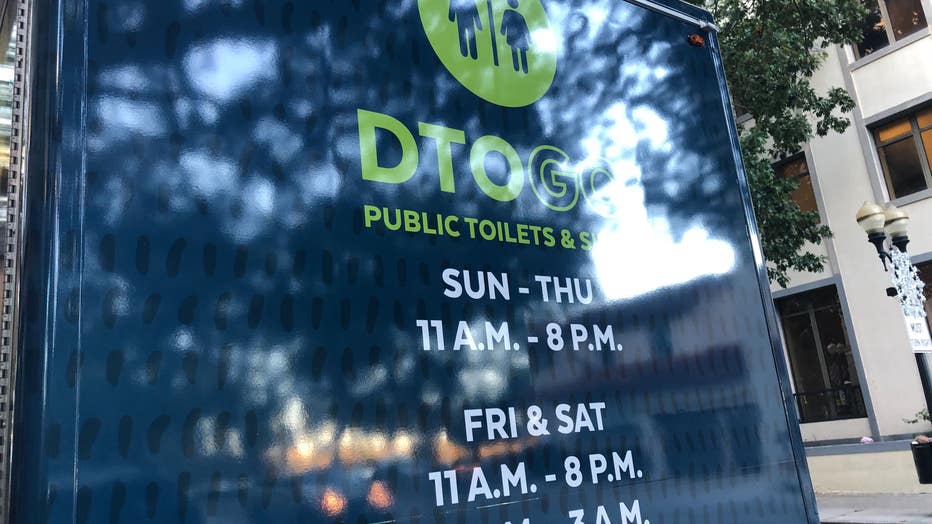 The public restrooms are open for everyone, including the party crowd and the homeless with a bathroom attendant whenever they’re open.